1 May 2010, Johannesburg – Brand South Africa marks today’s 40 days to the kick off of the 2010 FIFA World Cup™ with the launch of a national ‘Fly the Flag’ challenge through which companies and individuals can pledge to buy, distribute and fly the national flag. This 40 day flag pledge will continue into the 30 day countdown potentially, and will provide every South African with a flag to fly – shaping the Nation’s celebrations.

As of Saturday 1st May, South Africans can make their flag pledge/s by SMSing the word ‘flag’ to 32175 and thereby “celebrate the first time the 2010 FIFA World Cup™ is being held on African soil,” said Sophie Masipa, Marketing Manager of the International Marketing Council of South Africa, custodian of Brand South Africa. “It is our quest to literally ‘Flag’ South Africa.”

Brand South Africa is further celebrating the 40 day milestone with a fly-by of the South African Air Force helicopter pulling the national flag within each of the host cities, various street corner activations and diski dance activations at taxi ranks and shopping malls.

“We want to see our national flag, a symbol of unity and hope for future generations, flown far and wide across the country. From building wraps to office park entrances and in our neighbourhoods, we want to paint the nation with pride through our country’s most visual representation,”s he said. Masipa also urged government departments, provinces, host cities and municipalities to fly the flag with pride.

Masipa added that the initiative is a demonstration that the national flag is for every South African – a representation of our people no matter where we live in the world, regardless of background and without relevance to personal beliefs.

“Our flag unites us all under a common future and makes us a strong nation,” she said. “It is representative of our future aspirations as a nation.”

Other South African mobilisation campaigns include Football Friday, The People’s Bus and the Diski Dance. “It is imperative that we actively show our support for our national football team, Bafana Bafana – a South African brand ambassador representing us on the World Cup’s centre stage,” concluded Masipa. 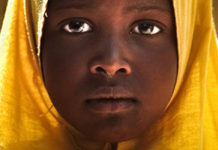 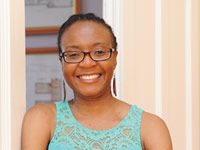