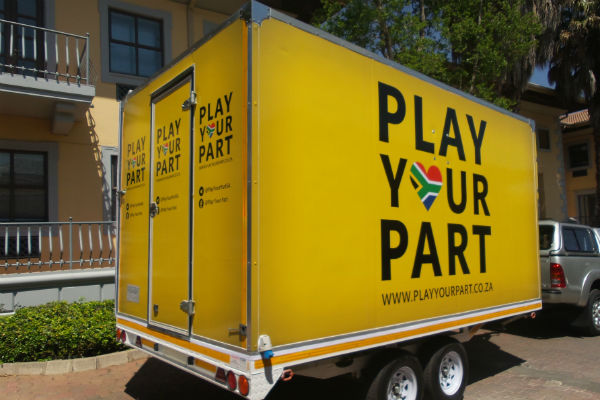 Guests coming to join us at the Mangaung Indoor Sports Centre on the day are urged keep an eye out for our bright yellow play Your Part Cube.

Play Your Part, along with Leadership 2020 Seminars and One Day Leader, invites you all to join us in Bloemfontein on 26 October to learn how some South Africans are stretching the limits to help develop our country for the better.

The Play Your Part Roadshow has already visited the Limpopo and Eastern Cape provinces, and the Free State is the next destination on Play Your Part’s journey through the country.

Bloemfontein is the hub of the Free State and is South Africa’s legislative capital.

If you’re in Bloemfontein on Wednesday 26 October then come down to the Mangaung Indoor Sports Centre and hear some of the inspirational stories that our guest speakers will be sharing.

The seminar is designed to empower, motivate and influence change in the lives of young South Africans. They will also be given the relevant tools, tips and strategies needed to become successful and prosper.

MORE ABOUT OUR HOSTS

The seminar will be hosted by DJ and entrepreneur Sbu Leope alongside One Day Leader finalist Seadimo Tlale. The two hosts will be joined by a number of guest speakers and Play Your Part ambassadors.

Twenty-two-year-old Seadimo is completing the final year of her law degree at the University of the Witwatersrand and is a member of the Allan Gray Orbis Foundation Fellowship.

Currently, Seadimo balances her academic life with her responsibilities as a host on SABC 1’s Rise Talk Show.

The talk show is a Soul City initiative that looks to change the behaviour of young women aged between 15 and 24 years old – who are most vulnerable to new HIV infections –  through engaging dialogue.

The busy varsity student also earned herself the first runner-up position in the second season of SABC 1’s One Day Leader television show, and is the current holder of the Free State Youth Activist award. 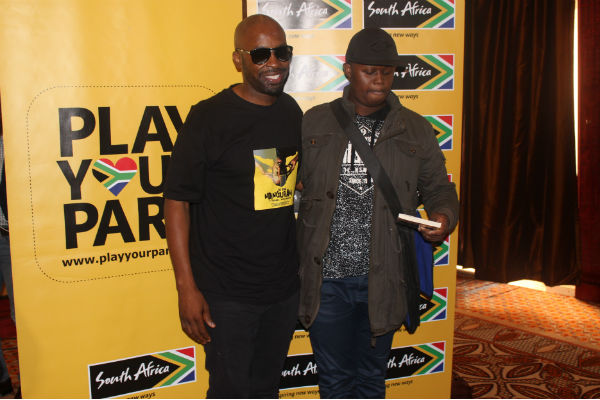 The seminar will be hosted by DJ and entrepreneur Sbu Leope alongside One Day Leader finalist Seadimo Tlale. The two hosts will be joined by a number of guest speakers and Play Your Part ambassadors.

Mokhothu has made significant strides as an entrepreneur, being the owner of both RTT Construction and RTT Canteen, the latter an eatery at a well-known bus-line in Bloemfontein.

Mokhothu is also a shareholder in Tyremart and the founder of a women’s association called I Am a Phenomenal Woman.

Morule, or Mo’ Molemi, is a prominent South African hip-hop artist and farmer who is bringing his love for agriculture together with his profile as a musician.

Both speakers will be sharing their stories in hopes of igniting the vast potential that South African youth possess.

Young people are invited to come and Play Their Part and engage with #PYPCUBE. The roadshow is bound to inspire young adults to do more after hearing the success stories of others who play their part in society.

Guests coming to join us on the day should keep an eye out for out bright yellow PYP Cube to take part in the #PYPCUBE experience.

Join us, make your pledge and help drive South Africa to greater heights.