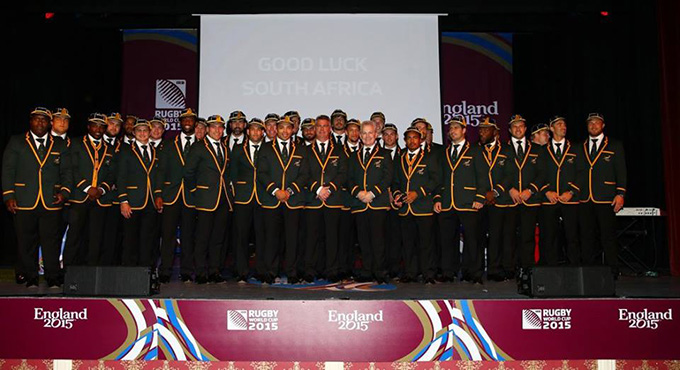 Johannesburg, Saturday 19 September 2015 – Brand South Africa today joins the nation in wishing the Springboks well ahead of their first game against Japan in the 2015 Rugby World Cup.

Speaking from Johannesburg CEO Mr Kingsley Makhubela said, “The South African nation today stands behind the national rugby team ahead of their first encounter in the 2015 Rugby World Cup.”

“We look forward to the South African flag flying high in Eastbourne, England when South Africa meets Japan on the field.”

“Team South Africa invites all supporters to the fan parks and mini-Ekhaya venues which will be set up in the cities in which the Springboks are playing their matches during the tournament. Let’s get behind the Boks and support them with pride, passion and patriotism,” concluded Mr Makhubela.