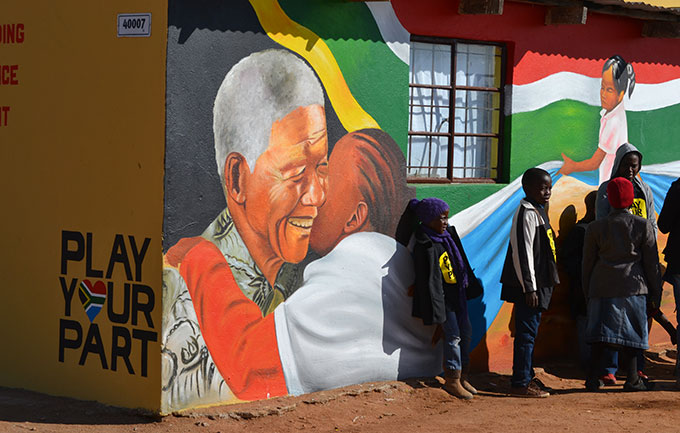 With around 66% of the population under the age of 34, South Africa is one of the youngest countries in the world, which is why people are optimistic about prospects for future generations. (Image: Shamin Chibba)

Johannesburg, Tuesday, 21 July 2015 – Brand South Africa today presented the outcomes of a range of research papers at a round table discussion hosted by PowerFM.  This was part of an ongoing research programme aimed at contextualising South Africa’s attractiveness as an inward destination for investment, tourism and skills.

Key findings emerging from the National Perceptions Audit – one of Brand South Africa’s flagship research projects – indicate that South Africans are optimistic about prospects of future generations, with respondents reporting that the country has made the most progress over the last 10 years in fields of education, religious tolerance, public transportation infrastructure, housing and improved access to medical facilities and treatment thereof.

Brand South Africa’s General Manager for Research Dr Petrus de Kock said: “South Africans on the whole are extremely proud of the country and its achievements. Key concerns however, pertain to crime, corruption, and lack of employment opportunities. That being said – survey results also indicate that citizens want to focus on solutions and that South Africans are willing to take action, rather than wait for someone else.”

The National Perceptions Audit also measured the levels of active citizenship and social cohesion among South Africans, and results reflect that there is a generally positive attitude towards fellow citizens and relatively high levels of social cohesion despite the income inequality and insufficient employment opportunities.

Research reports that were presented for discussion at the roundtable included:

The range of competitive and human development indicators that were studied and presented by Brand South Africa – together with international investor perceptions of the country provide building blocks that can effectively contribute to South Africa’s national competitiveness as outlined by the National Development Plan (NDP) which seeks to increase productivity, and thus improve living standards for South Africans.

Dr. de Kock concluded: “The NDP can be seen as part of South Africa’s National Competitiveness Programme that identifies the key constraints to faster growth and presents a roadmap to a more inclusive economy that will address the country’s socio-economic imbalances. It is important for South Africa to manage its reputation, to ensure the country is positively positioned internationally – because this improves the country’s competitiveness, which in turn will attract investment, business and trade which is tied to job creation.”