Johannesburg, Wednesday 16 March 2016 – March 21 marks the commemoration of Human Rights Day in South Africa – a day when the nation commemorates the historic 1960 Sharpeville Massacre, which became a turning point in the struggle for freedom.

On that day 69 people died and 180 were wounded when police fired on a peaceful crowd that had gathered to protest against the Pass laws. It was more than a protest against the Pass Laws of the apartheid regime. It was an affirmation by common people, rising in unison to proclaim their rights, and it became an iconic date in our country’s troubled history.

Today on 21 March 2016, we can reflect on how far the nation has come in establishing a culture of human rights, one which is enshrined in the Constitution under the Bill of Rights – a cornerstone of democracy in South Africa.

However, in recent months the nation has faced different challenges. This is a sign of a maturing and sturdy democracy. In this process, we cannot however erode the gains of our past 22 years.

Speaking ahead of Human Rights Day, Brand South Africa’s Chief Executive Officer, Mr Kingsley Makhubela, said that the recent incidents in our country do not represent the spirit that has enabled South Africa to inspire the world over with our remarkable journey to democracy. “We are a people who treat each other with respect for our human dignity‚ tolerance for differences that we have and consideration for other people’s needs,” says Mr Makhubela.

This Human Rights Day, Brand South Africa calls on all South Africans to remember the hardships of the journey travelled by those who came before us and affirm the democratic values of human dignity and freedom as documented not only in the Constitution but also as the foundation on which the National Development Plan (NDP) was established.

The NDP envisions a South Africa where everyone feels free yet bounded to others; where everyone embraces their full potential, a country where opportunity is determined not by birth, but by ability, education and hard work. Promoting gender equality and greater opportunities for young people are integrated themes that run throughout the NDP.

Mr Makhubela added: “There is a burning need for faster progress, more action and better implementation. The future belongs to all of us. The NDP is a vision for every South African, requiring action, change and sacrifice from all sectors of society. The NDP is built on the empowerment of citizens, however it is also time that we take on the responsibilities that come with the many rights and freedoms that we have been privileged to inherit from the sacrifice and suffering of those who came before us.”

“South Africa’s Constitution, admired and respected around the world for its pioneering approach to human rights, is the symbol of a remarkable negotiated transition – one that turned a country ravaged by apartheid and oppression into one that celebrates democracy and freedom.

These are the values that enrich the wisdom of development and provide us with universal validity as South Africans,” concluded Mr Makhubela. 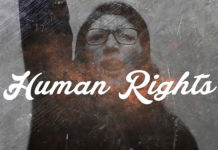 Five South African human rights NGOs you should know about 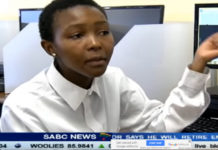