The 2012 Investing in African Mining Indaba attracted more than 7000 mining professionals and investors from all continents of the world, representing more than 1,500 international companies from 100 countries and approximately 45 African and non-African government delegations.

2012 was certainly a tumultuous year for many, particularly those in the South African mining industry. It was characterised by the Marikana tragedy, related wildcat strikes and the knock-on effect on other areas of the South Africa economy.

The unrest in the mining industry has been identified as the cause, either wholly or in part, of South Africa’s credit ratings downgrades, our slowing economic growth rate (now at just 2.5 per cent, compared to other developing countries which are expected to grow between 5 and 6 per cent), and of an estimated loss of approximately R10.1 billion in the platinum- and gold-mining sectors alone.

At this year’s Investing in African Mining Indaba, Brand South Africa set off the proceedings by hosting a Roundtable Discussion evening on the eve of the main conference. The Brand South Africa roundtables are a fresh platform to encourage robust debate and engagement.

The aim of this Roundtable Discussion with the theme: Transformation – A basis for growth and success of the South African Mining Industry, focused on South Africa’s mining sector, which contributes significantly to South Africa’s GDP and exports.

It was to interrogate specific findings from the various measurements and reports that measure competitiveness such The World Economic Forum’s Global Competitiveness Index (WEF GCI), The Mo Ibrahim Index that rank African states on governance and other performance criteria, The IMD Competitiveness Yearbook, The Anholt GfK Roper Nation Brand Index, focusing on the current state of transformation in the sector, whether financial and social sustainability of the South African mining sector can be improved, the funding structures of BEE deals, how banks can contribute to the broader transformation process in SA mining and what needs to be done to improve or change the status quo? Although the criteria and focus of these indices may differ, their purpose is to assess country performance. However, such indicators also influence debate and the manner in which a country, like South Africa, is perceived internationally.

As it is commonly acknowledged, a country’s international reputation is an important factor when establishing or enhancing trade, business, investment and related diplomatic relations.

On the domestic front South African citizens, business, labour and government representatives are well known for robust debate on issues they believe impact on the national economy or the nation’s reputation and competitiveness in the international system.

Telling our own brand story goes a long way towards changing perceptions of our country and improving its image – especially by debunking negative perceptions about South Africa, our region, our continent of Africa and our place in it.

Our reputation as a country is important, as it affects our national competiveness which impacts on investment and thus jobs and growth; and on our national sense of pride and social cohesion. 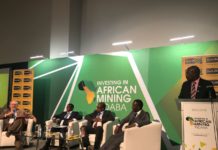