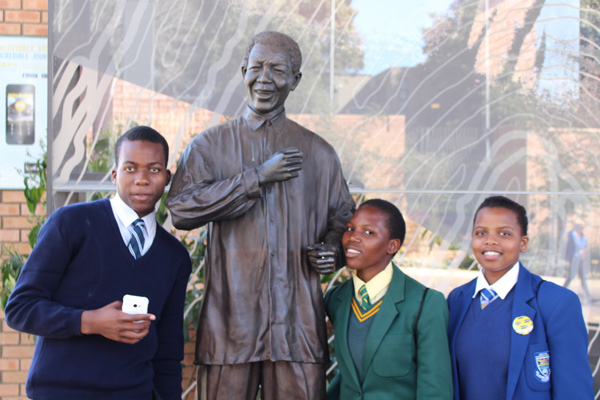 On Friday 12 August Brand South Africa invited three students from three different KwaZulu-Natal high schools to join them at Constitution Hill and the Nelson Mandela Foundation in Johannesburg. The students, leaders in their own communities, got to learn more to about South Africa’s constitution, one widely considered by many to be one of the most progressive constitutions in the world, and the forces that helped shape it.

Yolanda Mvinjelwa, Chirinda Takunda and Zinhle Shange are all involved with the Ikusasa Cross-mentorship Programme, the sister programme to the Bokamoso Education Trust. “They don’t do what’s required of them, but what they feel is right for those around them,” explains Monde Hadebe, the project leader and one of the founders of the Ikusasa Cross-mentorship programme. “Their selfless characteristics are ones that can serve more than their communities but the entire country.”

The Trust, through the programmes it runs, aims to improve the lives of youth across the country. They provide the opportunity for kids to flourish and make good of their potential. 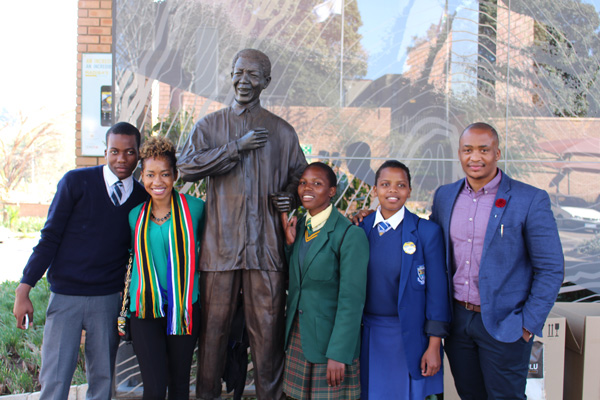 “They don’t do what’s required of them, but what they feel is right for those around them,” explains Monde Hadebe (far right).

It was the community inspired work of the trio that earned them a trip to Johannesburg. Here they were given insight into the lives of the heroes that shaped the history of our country. Heroes like Nelson Mandela, Mahatma Ghandi, and Walter Sisulu, from whom they could draw inspiration.

Cast from a similar mould, the three students looked to make as big an impact as they could on the lives of those around them, sacrificing their own personal time in order bring smiles to those they feel are most in need, and these are their stories.

Mvinjelwa collected and donated blankets to local street kids in her area. Even in Durban, where she lives, winters can be cold enough to require a blanket if you live on the street.

She is also involved in the Durban Youth Council (DYC). She works to encourage young people to become involved in finding solutions to problems affecting them.

Shange took the time to help clean a local hospice that cared for elders and those suffering from illness in her area. “She also created a programme where high school learners like herself go to local primary schools and educate learners about the pressures of high school, what to expect when they take that step up and how to best prepare for it,” Hadebe explained.

Takunda is a reformed drug addict who took it upon himself to help those going through the same drug related difficulties that he had managed to overcome. He also started a Facebook page called Say No to Violence, We Can Make a Differenceto encourage people to fight against violence of all kinds and support those facing challenges resulting from violence. 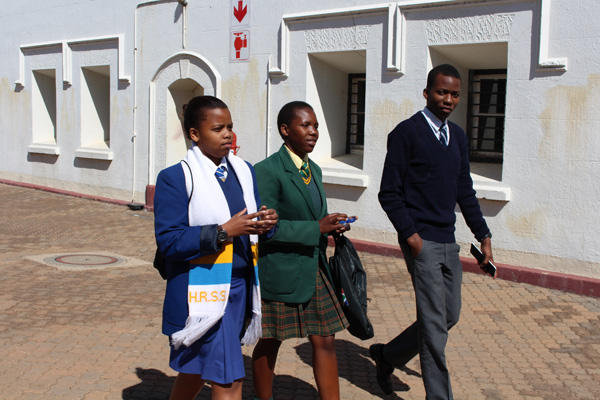 The students, leaders in their own communities, got to learn more to about South Africa’s constitution, one widely considered by many to be one of the most progressive constitutions in the world, and the forces that helped shape it.

Gumede says that all three of the learners “are driven by something deeper than them, not what they are told but what they want to experience in their world.

“They are actively living out the change they want to see in the world. As young people who have never been told that, they hold that as a powerful tool in their lives going forward,” he said. “These to me are future leaders, not because of their accolades or initiatives, but simply because of their selflessness and simply leading their own lives, influencing many others along the way.”

If you want to play a part in the development of promising young people like Takunda, Mvinjelwa and Shange, you can have a look at the Bokamoso website or the Ikusasa Cross-mentorship Programme Facebook page for more information.