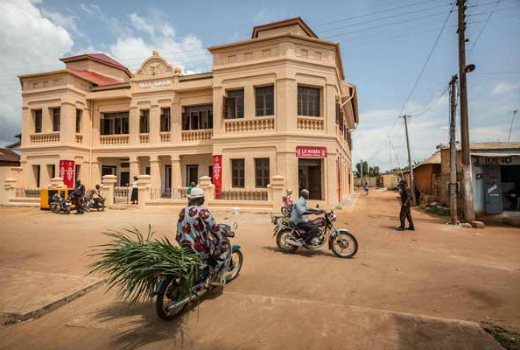 The first contemporary art museum in West Africa is putting the tiny country of Benin on the art map. The free museum, called the Zinsou Museum, is in the small town of Ouidah – often called the birthplace of voodoo. (Image © Jean Dominique Burton, The Eye of Photography)

Contemporary African art is carving a niche in the West African town of Ouidah, Benin. Known more for its slave trade and voodoo roots, the region is starting to draw visitors more interested in the arts and culture. It is also offering a space for expatriate artists to show their work at home for the first time.