The Department of Arts and Culture have made it possible for a group of South African authors to attend the Edinburgh Book Festival, which runs from 10 to 26 August. 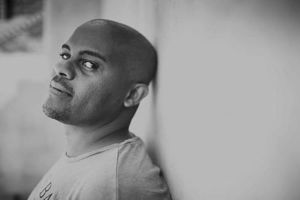 Young Blood author, Sifiso Mzobe. Photo: twitter.com
Described as “the world’s largest public celebration of the written word, right in the heart of Edinburgh”, there are more than 800 authors at this year’s festival, which comprises more than 700 events.

The ‘Another Africa’ programme highlights include Getting Over Apartheid, with authors Achmat Dangor and Sindiwe Magona in discussion over literature’s role in South Africa’s struggle years, and the challenges of moving on after the country’s difficult transition.

Best-selling crime author Deon Meyer is there, as is Lauren Beukes, who won the Arthur C Clarke prize, a top international science fiction award, last year. Her latest novel is The Shining Girls. New Voices from South Africa will be represented by Sifiso Mzobe and Henriette Rose-Innes.