South African environmental officials are working around the clock to curb the potential dangers posed by acid mine drainage in the Witwatersrand mining area, the Department of Water Affairs reports.

An expert team appointed by Cabinet to advise the government on the dangers of acid mine drainage (AMD) in Gauteng province warned earlier this year of the need to avert “impending crises.”

The team, drawn from the Council for Geosciences and the Council for Scientific and Industrial Research, among others, identified various risk categories, including the contamination of surface and ground water required for agricultural and human consumption.

The Department of Water Affairs said in a statement this week that “important progress” had been made in implementing the immediate and short-term actions recommended in the experts’ report.

Water Affair Minister Edna Molewa had also tasked the state-owned Trans-Caledon Tunnel Authority with overseeing the installation of pumps to extract water from the mines to onsite treatment plants, and the construction of an on-site mine water treatment plant in each basin.

Infrastructure would also be installed to convey treated water to nearby water courses, and a best model would be facilitated for operating the pumping stations and treatment works.

The Treasury had made a budget allocation of R225-million over the next three years for designing and building an acid mine water treatment facility, R5-million of which would be spent on a five-year plan to deal with acid mine drainage.

The department had teamed up with the Trans-Caledon Tunnel Authority (TCTA) to investigate existing mine water treatment infrastructure in the western and central basin mining areas, and potential institutional arrangements with mining companies active in these basins.

“The TCTA, by way of tender protocol, appointed a professional service provider to provide an intensive appraisal of the available infrastructure and to formulate appropriate engineering options to adequately resolve the AMD problem,” the department said.

The highest priority is being given to the development of solutions to reduce, if not eradicate, the surface decant of AMD in the West Rand area.

Also of high priority was the development of measures to ensure that underground mine water levels in the central basin of the mines did not reach environmentally critical levels.

The department said pumps for the central basin had been procured and were set to be delivered by the end of July. Other engineering requirements in terms of construction and electrical infrastructure would follow.

In the eastern basin, the department was awaiting final announcements by the liquidators administering the Aurora Mining Company. “The situation is being closely monitored and, if no real solution is provided, government intervention will be unavoidable.” 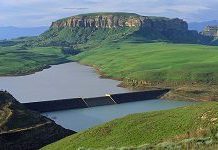 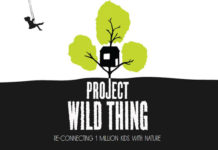 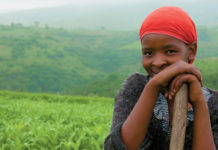 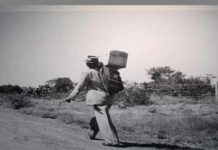