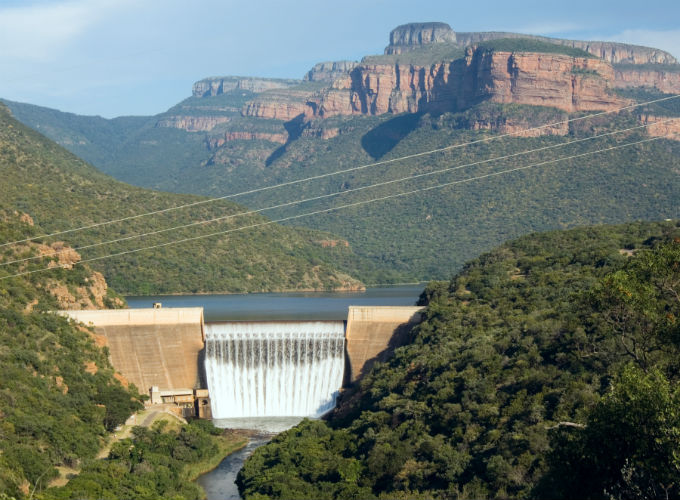 Johannesburg, Wednesday 15 July 2015 –  Brand South Africa has noted the recent report from the South African Chamber of Commerce that the country’s business confidence has fallen sharply.

It is without dispute that both public and corporate South Africa agree about the economic challenges facing the country.  The challenges including, amongst others, those of energy security, job creation, competition to attract inward flows of investment and inadequate infrastructure are similar to those experienced by many middle incoming, developing countries.

Similar challenges were identified at the 2015 7th BRICS Summit which concluded in Ufa, Russian Federation last week.  The Summit concluded with the observation that structural reforms, domestic adjustment and the promotion of innovation are critical to driving sustained economic growth.  All member states are equally committed to promoting high and productive employment.

Despite the current challenges which are impacting negatively on the country’s economic growth and outlook, Brand South Africa is cognisant that the implementation of the National Development Plan and its supporting plans – New Growth Path and National Infrastructure Plan – will contribute to uplifting the country’s economy.  It is also confident that South Africa’s partnerships and collaboration with other countries, and fora – including BRICS, will yield innovative solutions that contribute to South Africa’s efforts to respond to its triple challenges of poverty, underdevelopment and job creation.  This will be critical to positioning the country as an investment and business destination of choice.

With a view to unlocking South Africa’s economic potential, the country has embarked on a 9-Point Plan comprising simultaneous actions in key strategic areas, aimed at revitalising the economy.

This plan consists of the following:

Work is already underway in some areas.

In June 2015, officials, representing 26 countries including South Africa, signed an agreement to establish a free-trade zone, which will be the continent’s largest yet. These 26 countries are home to 626 million people and account for 58% of the continent’s gross domestic product of roughly R15 trillion. This will expand markets and create enormous opportunities for trade and investment.

The country’s young people must be mobilised and supported to form both a market for our goods and services and equally as the labour force that will drive our economic growth and development.  We must collectively maximise our positive youth dividend.

By the end of 2014 government had spent R1 trillion in developing the necessary infrastructure to position South Africa as a globally competitive business and investment destination.

Recognising the risks posed to South Africa’s growth, development and global competitiveness, of energy insecurity, South Africa has prioritised its investment in addressing the challenges in this area.

In addition to the construction of new power stations – Medupi and Kusile – and the iNgula Pumped Storage Scheme, South Africa has enabled significant investment in the renewable energy sector totalling some R168 billion in the Four Bidding windows announced to date.

Government has also issued a Request for Proposals (RFP) for the commissioning of 3 126 MW of power from natural gas, with initial power expected to be available by 2020. Steps are also under way to switch Eskom’s open-cycle gas turbines from diesel to natural gas.

Over the next six months, government will be procuring additional co-generation capacity of about 800MW from the private sector. The process of procuring up to 2 500MW from independent power producers generating electricity from coal was initiated in December 2014 and this power should be added to the grid by 2020

South Africa has taken a comprehensive approach to transport infrastructure including the role of ports and the oceans economy through Operation Phakisa.  As part of Operation Phakisa’s initiative to unlock the economic potential of our oceans, R7 billion has been allocated for investment in South Africa’s ports by Transnet Ports Authority.

A further commitment of R9.2 billion of public and private investment has been committed for the construction of a new berth in Saldana Bay, the extension of the Mossgas Quay and the refurbishment of the Offshore Supply Base.

Industrialisation remains the key route to creating sustainable jobs at appropriate skills levels and in the quantities that South Africa requires to achieve inclusive, job rich growth.  Consequently the 2015/16 IPAP to be launched in April 2015 will prioritise the development and expansion of industries supplying Government’s trillion Rand infrastructure build programme, especially in areas such as ICT, Energy, Transport, Oil, Gas, and Water and Sanitation.