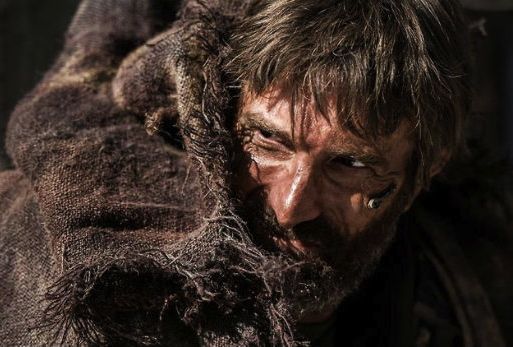 In an interview with Tymon Smith in the Sunday Times this weekend, actor Sharlto Copley confesses to smuggling an Afrikaans nursery rhyme into “a $100-million Hollywood popcorn film”.

Copley plays the villian, Kruger, in Elysium, which is currently on circuit in South Africa. Directed by fellow South African Neill Blomkamp, Copley says the nursery rhyme scene “is the kind of scene where US audiences will all be terrified and South Africans will probably laugh or perhaps at least feel a perverse sense of pride that Neill and I smuggled it in there.”

“I must say that I did get to sing an Afrikaans nursery rhyme in a $100-million Hollywood popcorn film – I won’t say which one – and I think South Africans should go and see the film for that reason alone. Do you know how difficult it was for us to pull that off? It may never happen again in our lifetime.”

Copley starred as Wikus, the unlikely hero in Blomkamp’s 2010 Oscar-nominated film, District 9. “For me, at a deeper level,” Copley says, “Wikus represented what I and other white South Africans had done – doing the right thing morally and ethically for the country and giving up a position of the ultimate power with nuclear weapons.”

This time around, he stars alongside Matt Damon to play the villian, Kruger. While he says he and Blomkamp joke that “we may be undoing all the goodwill we got for white South Africans around the world for through the Wikus character”, they chose the South African as it gave the role something new.

“I also tried to give Kruger a kind of dark charisma and a twisted sense of humour, so hopefully people will see that and my friends from the South will forgive me that he had to be the villian in this one.”