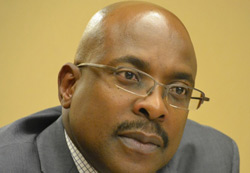 Much has been said and written about the African Renaissance, especially since the 50th anniversary of the African Union in 2013.  The conversation has also been driven by the subject of Pan-Africanism and the key concept of an African Renaissance and what it means for the future economic prospects of this exciting continent.

There is no doubt that Africa’s economic renaissance continues apace, with global investors entering the continent to optimise the current dynamic emerging environment.  The continent is the second fastest growing in the world and the only one with a young population that can form an active labour force for multinational companies.

At a time in which many global economies are floundering or experiencing both political or economic turmoil, Africa has demonstrated robust economic growth; its companies are performing competitively and are making an impact in the global marketplace, and its internal investors are confidently embracing an economically diverse future.  Africa is also home to some of the world’s fastest-growing economies.      It is ranked second out of 10 regions globally in terms of foreign direct investment attractiveness.   Africa is also where human development levels have grown most rapidly. Of the twenty countries recording the highest rises in the Human Development Index (HDI) since 2000, fourteen are in Africa.  This is also reflected in the significant progress many African countries have made towards achieving the Millennium Development Goals and their targets.

The region is more interconnected globally than ever before through trade, investment, migration, mobile phones, and information and communications technologies.

Between 1992 and 2011, for example, China’s trade with sub-Saharan Africa rose from US$1 billion to more than $140 billion. Complementing that, over the past decade, nearly half of the financing for infrastructure in sub-Saharan Africa was provided by governments and regional funds from elsewhere in the South.  All of this development points to the potential of this African Economic Renaissance and sends a clear message that the continent is well and truly open for business.

This vibrant message is reinforced by a new book on the subject that has just been written by South African author and renowned television commentator and business speaker, Victor Kgomoeswana, entitled ‘Africa is Open for Business – Ten Years of Game-Changing Headlines’.

The book is a collection of well researched and expertly written essays about Africa, all of which reflect the socio-economic diversity of the continent.  Written from an unashamedly Afro-optimism perspective, the key departure point for each essay is Africa’s incredible potential as a highly competitive and exciting global business and investment centre, filled with opportunity and on the cusp of fulfilling its economic potential.  The continent’s markets offer huge population numbers, representing exciting sales potential for new global or regional products and services entering the market.  Yet the book does not minimise the challenges and the risks associated with doing business in emerging and developing economies on the African continent.  Instead, it looks to remind readers that the current and future economic development potential of this exciting part of the world represents a real upside, and that the returns on offer to those looking to take the leap of faith and make the investment, far outweigh the risks and any potential downside.

The book contains 50 highly individual essays, each one written in a highly engaging and accessible style, examining the economic potential of key African countries, while looking at what differentiates them from a unique business perspective.  From the successful diversification of the Nigerian economy, the Agricultural Revolution and the phenomenon of Uranium mining in Malawi, to the construction boom in Angola, and the global coffee revolution’s impact on redefining the economies of Africa’s coffee producing nations such as Ethiopia and Rwanda – each country has a unique story to tell and one that will resonate with readers, no matter where they live or hail from on the African continent. Beneath what is ostensibly a business review of our Continent, is the subtext of a narrative on our Continent by a man who has not only walked the places he writes about, but quite clearly has come to appreciate them dearly at a  personal level.

The book also profiles some of the business success stories, both large and small, that have successfully helped to raise the profile of key African countries, and indeed the continent as a whole, on the world’s business stage.  From the rise of mobile telephony and the exponential growth of mobile brands in Africa, to the fibre-optic revolution that is currently taking place and providing connectivity between African marketplaces and the rest of the world, to the growing tourism market and the interest from the world’s big hotel and leisure companies and niche local hotel and leisure brands that are making their mark.

It also interestingly looks at the continent’s business leaders, innovators and brave entrepreneurs who are driving those business and economic successes, examining what makes them tick and uniquely, how their African approach to business defines them in the global marketplace.  More importantly perhaps, it also looks at the contribution these individuals and businesses have made to building the African business success story as a whole, reflecting on their individual achievements over the past few years, and blazing a trail for others to follow in the future.

More holistically, the book distils the megatrends of the economic and business landscape in Africa over the past decade.  It also examines the impact of South Africa’s critically important membership of the BRICS grouping of nations and its role in raising awareness, stimulating interest, and generating new investment into the continent, and the impact that has had in making Africa an investment destination of choice.

The author has undoubtedly identified a growing interest on the part of the global investment and development community in what Africa has to offer, both in terms of natural resources, but also from an expanding trade, new markets, and human talent development perspective.  As the world’s economic and geopolitical landscape continues to change and face real, ongoing challenges, Africa’s growing accessibility and its undoubted economic potential, represent exciting opportunities for global and regional business interests to take advantage of and to get involved in the continent’s future success story.

The foreword for the book, written by South Africa’s Minister of International Relations and Cooperation, Ms Maite Nkoana-Mashabane, contains the following:  “I am confident that this book has a place in the economic reawakening of Africa.  Among those still in doubt, the book’s accessible and humorous style should encourage enthusiasm about the continent. Further, this book will lend a voice to those who have been championing the cause of the continent without an authoritative and current guide. For those simply looking for an anecdotal explanation of where Africa is headed, this book is a good companion. For African leaders, this book is both a celebration of what has been achieved, and a reminder of how much opportunity there still is.”

Ultimately, the book ‘Africa is Open for Business – Ten Years of Game-Changing Headlines’ is a must-read for anyone interested in Africa’s Renaissance and its status as a continent to be reckoned with in the future.  It successfully reinforces the message that organizations such as my own, Brand South Africa, together with others working tirelessly to promote and raise the profile of both South Africa and the continent as a whole in the global marketplace, are sending – that Africa is indeed ready and open for business.  The African Renaissance is a reality, and South Africa is part of the success story and this strong message that is finding resonance with key decision-makers, influencers, and opinion-formers around the world.