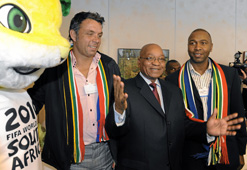 “The South African warmth and hospitality will be experienced by many, as we ensure that the rainbow nation successfully opens its borders to the world, for an African experience of a lifetime,” President Jacob Zuma told delegates at the World Economic Forum Annual Meeting in Davos, Switzerland.

This is the full text of his speech on 27 February at the Media Opening Lunch hosted by South Africa with the theme “World Cup 2010 – Before the Kick-off”.

We are very pleased to join you at this very important forum.

We meet at the World Economic Forum during a crucial phase in the global economy, as evidence by the theme “Improve the State of the World: Rethink, Redesign and Rebuild”.

The theme signifies that we have to ponder the future of the global economy, and rethink business models, innovation and risk management.

Countries and international institutions find that they have to redesign policies and regulations to prevent future crises. It is important for us to be part of this global renewal exercise.

We are also here at Davos during an exciting year for South Africa. We will in a few months host the 2010 Fifa World Cup, the biggest event of its kind to have ever taken place in South Africa and in Africa. The tournament offers an opportunity for the world to see and experience Africa in a different way.

It is an opportunity to tackle stereotypes and preconceptions about the continent, and explore new frontiers of interaction and cooperation. It is an important milestone in the regeneration of the continent.

2010 is also an important year for us, because we will be marking the 20th anniversary of the release of Nelson Mandela from prison, which kick-started dramatic political changes. The decades of the struggle against apartheid by South Africans, supported by Africa and the world, had yielded results.

We have achieved a lot since that dramatic day of the 11th of February 1990. South Africa has performed admirably in the economic, political and social spheres. This includes the political transition to a democratic state, the subsequent strengthening of South Africa’s democratic institutions, as well as economic growth.

We have built a resilient economy which has been able to survive the global economic crisis, and which is actually beginning to show signs of recovery.

We have not been spared the job losses, but we have put plans in place, working together as business, labour and government to ensure that the recovery becomes faster and inclusive.

We are making significant improvements in key areas of domestic policy, such as health, education as well as visible, vigorous and effective crime prevention.

The country’s transport, energy, telecommunications and social infrastructure are being upgraded and expanded. This is contributing to economic development in the midst of a global recession, while improving conditions for investment. This investment has been made possible by the judicious management of the country’s finances. It is thanks to this approach that we have been able to respond to the first recession of the democratic era without placing undue strain on our public borrowing requirements.

These are strengths on which we continue to build, identifying opportunities and confronting challenges. We cannot think of any logistical hurdles that cannot be overcome. South Africa is truly ready for business and for football fans from around the globe.

We must note also that the country is one of the key players internationally. It has contributed much to the pursuit of global consensus in forums like the G20, at the United Nations, and most recently at the Copenhagen Climate Change Summit.

Working together with other emerging economies, South Africa is contributing to building a new international order that offers greater hope and better prospects for the countries of the South. We say boldly that South Africa is ready to welcome the world to Africa, in June-July 2010. We have worked for many years for this exciting tournament.

Other than the football games that South Africans will be privileged to be part of, the country’s potential as a destination for business, trade and tourism will be on display during the World Cup tournament.

That is why we welcome the opportunity to provide delegates to the WEF 2010 Annual Meeting with a glimpse of what to expect in South Africa in June and July. We hope it will generate much enthusiasm for the World Cup. The beautiful cities of Johannesburg, Cape Town, Durban, Port Elizabeth, Mbombela, Bloemfontein, Kimberley and others await thousands of football fans and tourists.

The South African warmth and hospitality will be experienced by many, as we ensure that the rainbow nation successfully opens its borders to the world, for an African experience of a lifetime.

We look forward to welcoming you all ahead of the tournament, and also during the event. 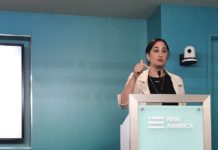 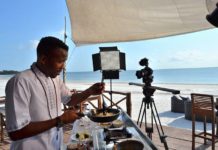