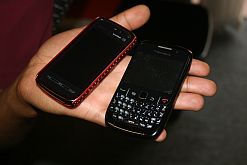 Telkom will launch its mobile service in
South Africa.

A new mobile service network, owned and operated by South African telecommunications giant Telkom, is well on its way to becoming a reality in the country.

Telkom had planned to introduce the new mobile service before the end of 2010, but its spokesperson Pynee Chetty could not give an exact date. Initial expectations were that it would launch on 14 October.

Outgoing CEO Reuben September confirmed to the media in June that plans for the new venture were already advanced and said they would introduce it within the 2010 calendar year.

Telkom has invested R6-billion (US$857-million) in the venture, which will be used as capital expenditure over the next five years.

As part of preparations for introducing the network, Telkom signed a national roaming agreement with its prospective competition, MTN, in April, enabling it to use MTN’s infrastructure to launch its services.

Telkom negotiated a similar agreement with Vodacom, another South African mobile service provider. The agreements will allow Telkom to introduce services such voice, text and multimedia messages, 2G and 3G data nationally when it launches.

Telkom will roll out its own mobile base stations once its service is operational.

Online publication Tech Central reported on 2 October that Telkom has already named its new service Heita, which is township slang for “How are you?”, but Chetty could not confirm this.

The launch of the new network is likely to be delayed by a dispute between Telkom and MTN, which is being handled by the Independent Communications Authority of South Africa’s (Icasa) complaints and compliance committee.

Icasa spokesperson Paseka Maleka confirmed that the dispute relates to pricing of interconnection fees. There are three interconnection complaints laid by Telkom, Maleka said. “The major one is a complaint from Telkom that MTN is unwilling to agree that the wholesale rate for the termination on Telkom’s network of calls, which originate on MTN’s network, should be 93 cents, [excluding value-added tax].”

Telkom wants the rate to be fixed at 89 cents. MTN is arguing that it would be financially disadvantaged if it were to terminate calls on its network originating from Telkom at that rate. “According to MTN, this would give rise to the disparity of four cents between the amount received and the amount paid,” added Maleka.

The committee held hearings on 2 October and “will make its findings known within 90 days”.

Telkom, traditionally a fixed-line operator, sees the new venture as a way to increase its cash flow, which was constrained in the previous financial year.

It said it has learnt that traditional fixed-line voice revenues are declining in various countries, and groups have realised that “a successful operation requires an integrated mobile business”.

The development of a mobile service is a strategy of winning back traffic on to the Telkom network, according to the company.

It believes there are “tremendous market opportunities” in South Africa for its network, as “mobile voice and, especially, mobile data are still experiencing growth”.

But industry analysts are not predicting an easy ride for Telkom, as it would face stiff competition from the three established local service providers Vodacom, MTN and Cell C. Telkom recently netted R40.5-billion ($5.8-billion) from the sale of its stake in Vodacom.

Independent telecommunications analyst Richard Hurst argued in iWeek on 22 September, a business technology magazine, that the service would be disadvantaged due to the timing of its launch, pointing out that Cell C, which came on stream after Vodacom and MTN, has battled to penetrate the market. 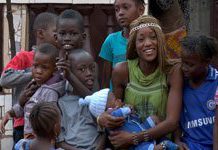 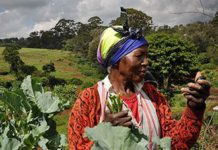