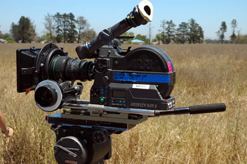 South African television is broadcast in all 11 official languages, as well as in German, Hindi, Portuguese – and even in sign.

The country’s first television broadcast took place in the major cities in 1975, before the first nation-wide broadcast on 6 January 1976.

South Africa was therefore one of the last countries the world – and even one of the last in Africa – to access TV. This was because the apartheid government feared the effect television would have on the morals of its people – and feared more that it would dilute the state’s control over the press and radio. Indeed, television became an issue in apartheid-era whites-only elections, with the United Party campaigning under the slogan “Want TV? Vote UP!” (See Bernard Cros, Why South Africa’s Television is only Twenty Years Old: Debating Civilisation, 1958-1969)

Today, South Africans now have access to a wide spectrum of local and international drama, comedy, sports and news through their televisions.

Since its launch, South African television has been broadcast in colour, on the PAL system. The relatively late introduction of television to the country had its advantages, as the state-controlled South African Broadcasting Corporation (SABC) was able to skip the expensive transition between black-and-white and colour.

The SABC’s broadcasting monopoly ended in 1986 when the subscription-based MNet was launched.

Since the arrival of democracy in 1994, South Africans have seen a number of new television channels introduced by both the SABC and other private operators.

The SABC, e.tv and MNet all broadcast across Africa.

A fifth television provider, Walking on Water Television, or WowTV, is scheduled to launch before March 2012 with a variety of Christian-based programming.

SABC1 is the most watched television channel in South Africa. The channel broadcasts in a wide range of languages, carrying news, entertainment and sports.

SABC2 also carries programming in a range of languages, including most of the SABC’s Afrikaans programming. The channel has a high proportion of locally produced programming.

SABC3 runs most of the SABC’s English content, including many American and British comedies and dramas.

SABCAfrica was the SABC’s news and entertainment channel, broadcast to the rest of the continent. The service ceased in 2008.

MNet, started in 1986, is a subscription channel broadcast on an encoded signal that requires a decoder for viewing. The content is a mix of children’s entertainment, drama, sport and movies, most sourced from the US and, to a lesser extent, the UK. The channel does not carry any news programming, although it does run some current affairs programmes such as the well-regarded Carte Blanche.

DStv is Multichoice’s digital satellite service, launched in 1995. The subscription-based service is available in South Africa and throughout Africa.

DStv carries a wide variety of channels, ranging from South African produced content, to international syndicated content, sports and news. There are also various “bouquets”, a bundle of channels available for catering to some of South Africa’s expatriate communities.

DStv has recently introduced high-definition and mobile television services, although subscribers wishing to view these will have to buy new hardware.

DStv channels with South African or African content are:

Launched in 1998, e.tv is South Africa’s only free-to-air television channel. The station carries a mix of news, sports and entertainment. E.tv broadcasts mainly in English, although it does carry some programming in other languages in order to comply with its licence requirements.

TopTV, run by On Digital Media, launched its pay-TV services in May 2010. Subscribers have a choice of seven bouquets, ranging from R99 to R249 per month. The equipment bundle was affordable, and has become significantly cheaper still in the months since.

The introduction of competition in the pay market sparked a reaction from DStv, which wasted no time in launching a cheaper alternative, with fewer channels, to its premium package. It also offered new subscribers a cheaper equipment bundle, which has also dropped in price since its launch.