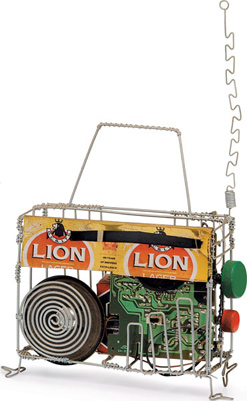 Radio services are broadcast in all 11
official languages, as well as in German,
Hindi, Portuguese and the San Bushman
languages of !Xu and Khwe.
(Image: MediaClubSouthAfrica.com. For
more free photos, visit the image library)

Cheap, portable and requiring no literacy, radio has long been the most accessed form of media in South Africa, reaching beyond urban centres deep into the poorest and most remote rural areas.

There is one radio set for every five South Africans: an estimated 10 million radios (and listeners many times that number) in a population of some 48 million.

Programming is dominated by music – contemporary, traditional, gospel and classic – but includes phone-in talk and current affairs, as well as local news and information broadcast on the country’s community stations.

All 11 of South Africa’s official languages get airtime, as well as German, Hindi, Portuguese and the San Bushman languages of !Xu and Khwe.

Radio is available on the airwaves, via satellite and on the internet. Live audio streaming from most stations is provided by AntRadio.

South African broadcasting is regulated by the Independent Communications Authority of South Africa (Icasa). Icasa’s mandate is to:

The National Association of Broadcasters (NAB) is a non-profit grouping of organisations and individuals working in broadcasting and related industries. NAB helps the industry regulate and promote itself, grounded in the principles of democracy, diversity and freedom of expression.

The Broadcasting Complaints Commission (BCCSA), set up by NAB in 1993, adjudicates and mediates complaints against any broadcaster who has signed its code of conduct.

The BCCSA is entirely independent of NAB and broadcasters, with commissioners appointed by an independent panel, chaired by a retired judge of the Appellate Division of the Supreme Court.

The country’s public service broadcaster is the South African Broadcasting Corporation (SABC). While wholly owned by the state, the corporation is financially independent of taxpayers’ money, deriving its income from advertising and licence fees in a ratio of four to one.

The SABC’s mandate is to provide both a commercial and public service, each administered separately, with commercial radio stations subsidising the public service stations. The corporation’s commercial stations include 5FM, a national youth music station, Metro FM, a music station targeting black urban youth, and Channel Africa, which broadcasts across the continent in a number of languages.

In the apartheid era South Africa had only two independent radio stations: Radio 702 and Capital Radio. With the deregulation and liberalisation of broadcasting in the late 1990s, the number of commercial stations operating outside of SABC control proliferated.

South Africa now has over 200 community stations, broadcast in many different languages. Their scope and reach varies enormously – from the half-a-million Johannesburg residents who tune in to Jozi FM to the thousand or so people who listen to Ilitha Community Radio in the Eastern Cape town of Maclear.

Community radio struggles to access financing in the form of advertising, so it is dependent on local and international donor agencies and the government for its finance. This has a certain impact on its impartiality and independence.

Nonetheless, community radio remains important for entrenching democracy at local level, as well as helping spread education and community spirit. It is a crucial part of the South African broadcasting landscape, providing diversity for listeners and much-needed skills for the commercial radio sector. 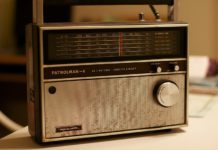