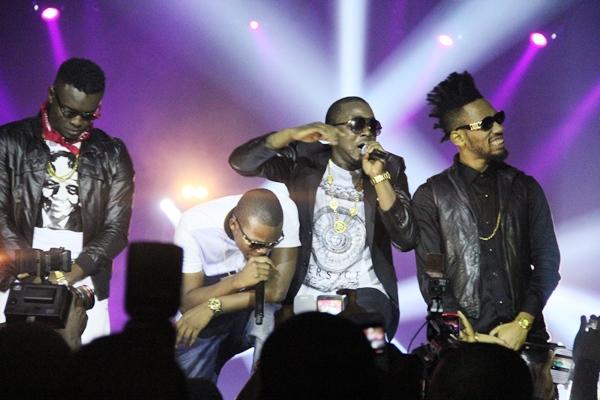 Nigerian hip hop artists, Yung L, Olamide, Ice Prince and Phyno, may be big in their home country but are little known outside of it. Music In Africa looks to change that, providing African musicians a platform to access network with artists around the world. (Image: Chocolate City Group)

Much of the popular music coming out of Europe and the US today can trace its roots back to Africa, yet music from the continent is little known. Artists rarely find recognition beyond their own countries.

But with the launch of Music In Africa, an online portal serving the continent’s music industry, African music may just get the international exposure it deserves.

The South African editor of Music In Africa, David Durbach, explains that the resource is an information and exchange portal for the continent’s music sector, with a focus on education and networking among industry professionals. “We are trying to empower people working in the music industry by empowering the industry itself and by creating opportunities for the musicians. We are helping them expand their markets and their audiences not just in their own country but on the continent.”

The Music In Africa Foundation is an NGO recently established with the support of the Goethe-Institute and Siemens Stiftung, two German cultural organisations with a large presence on the continent. “The plan is that these two institutes can give us a push start to becoming an independent organisation,” says Durbach.

Born out of a need

Though launched in July this year, the project took three years to come into existence. It was established out of a need to improve communication and reliable information between the various music industries in Africa. Because of lacks in these areas, Durbach says, African artists typically have to “crack it in Europe or the US before they [could] expand their market to the rest of Africa”.

Such examples are the Ghanaian Afro-pop group, Osibisa, and South Africa’s Ladysmith Black Mambazo, both of which became popular overseas before they became widely known in Africa. “There is a huge need for networking opportunities in the industry, not just between musicians but anyone working in the industry, from producers to songwriters.

“People in South Africa know very little about what is going on in Zimbabwe let alone Nigeria and East Africa. Yet there is a growing amount of interest. So there is no reason why people working in the music industry should not see themselves as part of a larger pan-African industry.”

Those artists who go to the US and Europe struggle to keep in touch with their fans back home, he adds. “This is another way to bridge these two international and national markets.”

The networking is not only restricted to those living in Africa; rather, it is open to the African diaspora. It is not limited by genre either. “We are not trying to discriminate. We are not saying to a rock musician in Bloemfontein or to someone making African music in New York, ‘You don’t belong on this website’. [It is for everybody who is] involved in African music in any kind of way. We try to be as inclusive as possible.”

And Music In Africa is also a perfect tool for those international musicians looking to expand their reach into Africa, Durbach adds. Musicians are finding it more difficult to sell records nowadays and to make a living, they have to perform live. Africa presents local and international musicians with a lot of opportunities to make money at concerts and corporate events.

With the internet, musicians are able to take more control over their careers without having to rely heavily on labels. Music In Africa therefore presents to these musicians a unique online portal to promote themselves and even link with promoters and operators for free, explains Durbach.

Music In Africa’s intention is to promote artists from all over Africa. It employs five full-time regional editors – based in Kinshasa, Lagos, Dakar, Nairobi and Johannesburg – whose mission is to find and chronicle music from their areas. These editors also commission articles from contributors.

The website includes a directory, a magazine, news articles, updated artist biographies and educational resources. Durbach says the music education portal, which was set up in collaboration the Global Music Academy, will have multimedia tutorials on how to play instruments, music production, royalty collection and copyright law in various countries.

The overview texts feature static content on specific aspects of the music industry in a particular country, such as the history of hip hop in Senegal or jazz in South Africa. “They are not written in a way that is opinionated. They are objective, Wikipedia-style entries that are simply written. Whether or not English or French is [the reader’s] first language, they will understand the content.”

The organisation is already widening its reach. On 21 November, it staged launch events at the Salon International de la Musique Africaine in Dakar, Senegal and in Kinshasa, Democratic Republic of Congo.

Next year, Durbach says, Music In Africa will host more events such as workshops and competitions. And after all the countries of sub-Saharan Africa have been covered, it will look to break into North Africa, a region it has not covered yet.

“It is a massive task and we are taking it step by step,” Durbach says of the organisation’s attempts at gathering as much information on African music as there is. “The continent is blessed with a lot of musical diversity and talented musicians and it is something that needs to be offered to the world. Music is something that we share.”