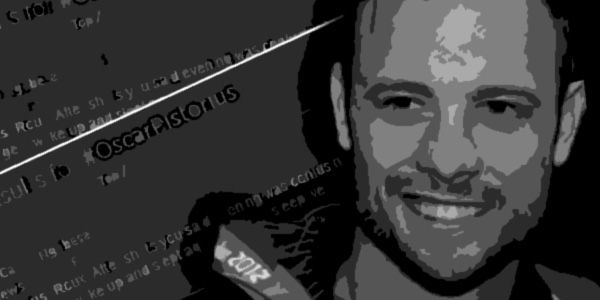 Judge Thokozile Masipa’s courtroom is no different to the others in the North Gauteng high court, with dark wood panelling making it august and almost claustrophobic. Hard wooden benches can, at a pinch, hold 50 people, far too few seats to accommodate the probing hordes of media who’ve descended on the courthouse, and the country, for the trial of Oscar Pistorius, charged with the murder of Reeva Steenkamp.

In the scrum of global interest in the case, South African media houses Eyewitness News and Multichoice applied for permission to broadcast the trial live. On Tuesday 25 February Gauteng judge president Dunstan Mlambo ruled that all trial audio, and selected video, could be broadcast on radio, TV and online. A blanket ban on media coverage, he said, would be a case of the bench abandoning the “noble principles of open justice”. “Court proceedings are in fact public, and this objective must be recognised.”

Multichoice’s DSTV 24-hour pop-up channel dedicated to the trial will be broadcast for the duration. Along with the live stream from the courtroom, it will air 78 documentaries as well as analysis from a team of 150 experts.

George Mazarakis, the new channel’s executive producer, explained. “Clearly we are not going to simply sit there and do salacious reporting. That’s not what we do. Our aim is to inform and educate our viewers. So it’s an opportunity for us to unpack those things in intelligent and a responsible manner, and at the same time to make it compelling television. Which is what we hope we achieve as a matter of course.”

Many South African media commentators have called Mlambo’s decision ground-breaking, bringing the country in line with other democracies. But others have a more nuanced view.

Professor Anton Harber, director of the Journalism and Media Studies Programme at Wits University, agrees that Mlambo’s ruling brings South Africa closer to the international trend toward more open justice. More importantly, 20 years into democracy, it reinforces the strength of the country’s institutions.

“It shows a maturity and self-confidence that we can open our justice system up like this,” Harber says. “I think it is an excellent sign of the implementation of the principle of transparency embedded in our constitution. And the judge gave a powerful, carefully considered and well-argued judgement that I suspect will stand as an international precedent.”

In his ruling, Mlambo said he hoped it would dispel the perception that the South African justice system was easier on the rich than on the poor. But Harber, in his regular Thursday op-ed piece in Business Day newspaper, argued that the media circus around the Pistorius trial may reinforce rather than dispel the notion. “In fact, they will see the very opposite: they will see rich people’s justice. They will see how money allows you to have teams of the most skilled people to trip up the prosecution, and of media people to watch your back. You will see the courts on their best behaviour under the scrutiny of the world. This is not how most South Africans experience the justice system.”

Dario Milo, a media and constitutional lawyer, argues that Pistorius’s ability to finance the best defence is a testament to the fairness of the South African system. “Oscar has right to a fair trial and the right in law to brief whomever he wishes to. Legal systems around the world have access-to-justice hurdles for the poor. The question of beefing up state support for poor litigants is one that rests solely with the state.”

If local TV channels are anything to go by, South Africans love courtroom dramas. But most of this programming has made them more familiar with the American legal system than their own.

Harber has argued the Pistorius trial could play a vital role in educating the masses, by providing an accurate view of what goes on in a South African courtroom. “This trial is entertainment, but if a 24-hour channel dedicated to the legal system is a result, we all win.”

Pistorius’ bail hearing a year ago was the South African equivalent of OJ Simpson’s infamous highway chase two decades ago. In the Pistorius case it was Twitter rather than TV helicopters that made the audience eyewitnesses to proceedings. The immediacy of the journalist’s tweets pre-empted scheduled radio and TV news schedules.

Chris Roper, editor in chief of the Mail & Guardian Online, argued recently that the trial has reinforced a perception of South Africa as a tabloid nation. “Traditional media outlets rushed to publication with facts that were at best misinformed and sometimes just plain wrong. Social media reputations were forged by a stream of unverified opinion and journalists became judged on how close they were to real-time events rather than veracity of information, on the speed of publishing rather than caution.”

Mlambo expressed reservations about this trend in his ruling. “The so-called trial by media inclinations cannot be in the interest of justice as required in this matter and have the potential to seriously undermine the court proceedings that will soon start.”

Harber is also concerned about the impact of Twitter on trial coverage. “Instead of having journalists explain the complicated flow of a court case, there will be instant reaction to everything said: untested allegations, disputed evidence and dodgy witnesses.”

Pistorius, his legal and public relations team have embraced social media. This is after hard lessons learned about the power of platforms such as Twitter in shaping perceptions. The news agency that broke the story of the murder in the early hours of Valentine’s Day in 2013 did so on Twitter.

Anger over Pretorius’s reported nights out in Pretoria and holidays in Mozambique crystallised on social platforms. The biggest misstep was a perhaps a statement released on his personal website and Twitter to his 302 000 followers, calling the death of Reeva Steenkamp “a tragic accident” – an assertion whose truthfulness only the trial will decide. A new Twitter account @OscarHardTruth is an attempt to balance, and guide, the conversation.

But media lawyer Milo believes the role of social media is being overstated. “Judges are trained to consider only the facts presented as evidence. However, a sustained campaign of negative reporting against Pistorius, for example, could undermine the administration of justice.” As lawyers on both sides are bound by legal ethics, he argues, it is unlikely that either side would be party to the media circus around the trial.

A study by the University College of London on the effect of media of trials threw up an interesting finding: media coverage swayed juries, but had no influence on judges. Juries are not used in the South African justice system. The Pretorius case will be tried by a high court judge, advised by two assessors.