South African isiXhosa-language movie Inxeba movingly explores the conflict of traditional rites of manhood, when initiates “go to the mountain”, with awakening pride in gay identity.

The team behind the South African film Inxeba – internationally titled The Wound – scooped up local and international awards this year, two from the 38th Durban International Film Festival (DIFF).

It was announced at the DIFF’s closing ceremony that the best director award went to John Trengrove and the best actor to Nakhane Touré. The festival was held from 13 to 23 July 2017.

Inxeba tells the story of Xolani, a factory worker in Queenstown in the Eastern Cape. During initiation season he is also a caregiver for young men on the mountain. Xolani is gay, but no-one knows. But during the few weeks of one initiation his orientation is exposed, and drama follows.

An IOL review of Inxeba highlights the strict rule in Xhosa culture that what happens on the mountain stays on the mountain. “Then add in a gay theme, which is often frowned upon by conservative people, not only in Africa but in the rest of the world, and there is potential for Inxeba to become the Once Were Warriors of Xhosa initiation,” wrote IOL reviewer Theresa Owen.

Director John Trengrove said in a press release: “From the very beginning, the process of making Inxeba was characterised by intense collaboration and risk-taking. This film demanded everything from those who came on board.”

Trengrove added: “I am so grateful to the incredible cast and crew who put their faith and trust in this journey. This film is a testament to their efforts. I want to dedicate this award to the silent and faceless queers throughout the African continent who face insurmountable obstacles every day in a struggle for identity and dignity.”

The Inxeba premiere outside Africa was at this year’s Sundance Film Festival in Utah, USA.  The film later opened the Panorama section of the 67th Berlin Film Festival.

One Sundance review described the movie: “John Trengove’s hard-edged but beautifully wrought study of clashing Xhosa models of masculinity will be an eye-opener to outsiders – and some South Africans too.”

Inxeba was a 2014 Durban Film Mart project. This initial pitch enabled the team behind it to get funding from a number of international financiers, resulting in a co-production between South Africa, France, Germany and the Netherlands.

Nakhane Touré plays Xolani in the film. The actor is also an indie rock musician and a novelist.

“I always think having one dream come true is a miracle, but to have all these things happening at once is frightening,” he told City Press.

“I keep thinking the rug is going to be pulled from under my feet. On the other hand, I worked really hard on this.”

Other international awards are:

It is said that Inxeba will continue to travel around the world, having been sold to 19 countries for theatrical release so far. It will be distributed in South Africa by Indigenous Film Distribution. Inxeba will open nationwide on 2 February 2018. 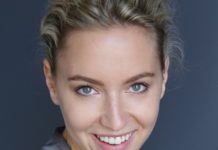