The award, hosted for the fourth time since its inception, offers a first prize of R200 000 (US$26 000) and a second prize of R100 000 ($13 000) to the most outstanding investigative journalism in South African print and broadcast media during the previous year.

Last year’s winners were the reporting team from the Mail & Guardian for their continuing investigation into the arms deal. “It must rate as one of the most important stories of this era,” said the judges.

Second prize was shared by television programme Carte Blanche for a documentary about corruption in the Hammanskraal police, and City Press for its investigation into a hospital tender in Soweto.

All entries for the award have to be submitted either by an editor or through the Taco Kuiper nominating committee. The deadline for submissions is Friday 19 February 2010.

Guidelines and application forms can be downloaded at www.journalism.co.za

Contact Margaret Renn on +27 11 717 4043 or email Margaret.Renn@wits.ac.za for more information or queries. 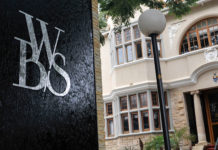