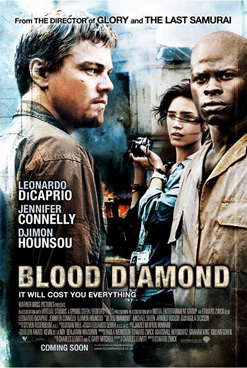 The South African government is to inject millions of rands into the country’s fledgling film industry with two new schemes aimed at encouraging local filmmakers to produce big-budget movies, and foreign filmmakers to use the country’s diverse and stunning landscape for their locations.

Launched by the Department of Trade and Industry in February 2008, the South African Film and Television Production and Coproduction Incentive offers a 35% rebate on the cost of films and full-length television programmes produced by South African filmmakers. The second scheme, the Location Film and Television Production Incentive, offers foreign film companies a 15% rebate on the costs of filming in the country. Both schemes, set to run for six years until 2014, cap the rebate at R10-million (US$1.25-million) per production.

“South Africa has a growing and vibrant film sector, attested in the recent past by productions such as the award-winning Tsotsi and the internationally acclaimed Blood Diamond,” said Minister of Trade and Industry Mandisi Mpahlwa at the launch of the incentives. “Opportunities abound and producers continue to benefit from the cost competitiveness of the country’s beautiful locations.”

Tsotsi, a wholly South African production, won the Academy Award for best foreign language film in 2006. Warners Brothers’ 2006 film Blood Diamond, filmed on location in South Africa, was nominated for five Academy Awards. The country’s other recent movie successes include Yesterday, nominated for an Oscar in 2005, and U-Carmen eKhayelitsha, awarded a Golden Bear at the prestigious Berlin International Film Festival in 2005.

The local film industry is one of the priority sectors indentified by the government’s Accelerated and Shared Growth Initiative for South Africa (Asgisa) as having excellent potential for growth. Asgisa aims to boost the country’s growth rate to 6% in order to halve unemployment and poverty by 2014.

The local production incentive scheme is designed to support South Africa’s film industry and create job opportunities, while the location incentive for foreign filmmakers aims to encourage and attract big-budget films to the country, increasing both foreign direct investment and the country’s international profile.

“In addition to incentives,” Mpahlwa said, “the DTI is working with other role-players on raising the profile of the sector in general an a number of strategic cooperation treaties are set to improve distribution locally and internationally.”

Both schemes are for the production of feature films, telemovies, television drama series, documentaries and animation, produced to top commercial standards. Excluded are reality TV, news, sports, advertising and variety shows, as well as pornography and material that promotes religious intolerance.

Qualifying for the incentives

To qualify for the South African Film and Television Production and Coproduction Incentive, the company producing the film must be incorporated in the country, must have a majority of South African shareholders, and must comply with the black economic empowerment codes of good practice. Only one film per production company is eligible.

Only films with a minimum R2.5-million total production budget will qualify, with the company committing 25% of this budget.

The majority of the film’s intellectual property must be held by South Africans. The director has to be a South African, as do those with top writer and producer credits, three or more of the top five highest paid actors, and most of the film’s heads of department and key staff.

The Location Film and Television Production Incentive is available only to foreign-owned films, with the producers required to incorporate a special purpose corporate vehicle in South Africa for the sole purpose of producing the movie. The South African portion of the budget must be between R12-million ($1.5-million) and just under R100-million ($12.4-million).

At least 50% of the principal photography, and a minimum of four weeks’ photography, must be shot in South Africa.