A recent co-production treaty with Ireland is just one sign that 2012 is likely to mark the turning point to international success for the local film industry, with even the Hollywood Reporter noting that South Africa is set for “an increasingly brilliant film and TV future”.

“Diverse locations, low costs and cash rebates have transformed the once-troubled region into a major force on the global film scene,” George Szalai wrote in “South Africa Comes of Age”, an article published in an early May edition of the prestigious trade magazine.

“In February, when the sci-fi hit Chronicle led the US weekend box office, soon followed by the Denzel Washington-Ryan Reynolds thriller Safe House, few viewers realised that both were made in South Africa.”

Indeed, February was the first sign of the turning point. The weekend of 17 to 19 February 2012 marked a historic first for the South African film industry when two wholly local films – Material and Semi-Soet – took a full third of the domestic box office earnings.

More than that, four out of five of the top-ranked films that weekend were made in South Africa: Safe House at number one, Semi-Soet second, Material third and Chronicle fifth (after Jack and Jill at fourth).

While the roots of this success go way back – South Africa’s industry is, after all, one of the oldest in the world – it can also partly be attributed to increasing filmmaker confidence in local skills and material, and far greater support from the government. The government has come to recognise South Africa’s advantages over other countries as a filming location, and the film industry’s great potential for stimulating economic growth, creating jobs and bringing in foreign currency.

“The objective of the incentive is to create an environment that takes advantage of the country’s diverse and unique locations,” Trade and Industry Minister Rob Davies said when the incentive was announced, “as well as low production costs and favourable exchange rates, which make it significantly more cost-efficient to produce a movie in South Africa than in Europe, the United States, or Australia.

“Through promoting South Africa as an international destination to attract further international productions and in encouraging the generation of local content production, the country continues to enjoy the benefits of the vibrant and growing film industry,” Davies said.

The amended incentive will not only directly benefit the film industry but also help grow support industries such as tourism, catering and specialised insurers, according to Clive Shelver, managing director of Film & Entertainment Underwriters.

“South Africa’s growing reputation as a desired filming destination will bring with it many advantages of becoming a global filming hotspot,” Shelver said.

“This recognition is likely to have a positive impact on job creation, as more filming companies and their teams of people visit South Africa to reap the benefits of filming in a unique location that provides a variety of settings in one country, at low production costs and good exchange rates.”

The DTI has been offering film incentives for many years, but recently seems intent on amping up South Africa’s attractiveness as a location. In November 2011 it announced a new uncapped 15% tax-back programme to bring in big-budget international productions. Previously, rebates were capped at R20-million, but under the new scheme there is no upper limit in the amount companies can claim. Any international production qualifying for the scheme can claim the 15% rebate on the entire local spend for its South African shoot.

To qualify for the rebate, a foreign production needs to shoot a minimum of four weeks in South Africa, accounting for at least half of a film’s principle photography, and spend a minimum of R12-million locally. The rebate applies to feature films, documentaries, animation, TV movies, mini-series and long-running dramas.

But it’s not just the DTI getting involved: the Department of Arts and Culture is also vigorously promoting local film production.

In his budget speech to parliament in early May, Arts and Culture Minister Paul Mashitile announced that his department had upped its spend on film production from R6.9-million in 2010 to R8.7-million in 2011; in the same period, the number of documentaries it supported grew from four to 12.

“We will continue to increase funding for film and television productions,” Mashatile said. “We will also create access to local film and video products, increase the volume of film production and provide training and skills development opportunities.

“Our long-term vision is to establish a National Film Commission and streamline film funding through a Film Fund.”

At the Cannes film festival in May, Mashatile signed a new co-production treaty with his Irish counterpart Jimmy Deenihan, allowing productions from both countries to qualify for the incentives available in each country for home-grown filmmakers. The arrangement is designed to enable collaborations between producers from both countries.

The deal brings South Africa’s total number of co-production treaties to eight. The first was signed with Canada in 1997, followed by agreements with Germany, Italy, the UK, France, Australia, New Zealand and, now, Ireland.

Local movies successfully produced under these treaties include the UK co- production Skin, The Bang Bang Club and A Million Colours in partnership with Canada, the German co-production Death Race, and the award-winning French collaboration Skoonheid.

One of the first movies to benefit from the agreement with Ireland is IX Hours, a project already in development by Irish producer David Collins and South African Jeremy Nathan of DV8 Films. IX Hours will be shot in South Africa, and its post-production work done in Ireland.

“The international marketplace is very crowded, and in order to stand out you need to make a powerful, interesting film, which we believe we have got the foundation of,” Nathan told Business Day. “But you also need the financial and political support to be noticed in this crowded marketplace.”

This too was at the Cannes film festival, where South Africa had its strongest representation yet. A total of 130 local filmmakers registered for the event, and the National Film and Video Foundation showcased 20 local projects, including 12 feature films and eight documentaries.

With efforts like that, the film industry’s future does indeed look brilliant.

This article was first published by the Gauteng Film Commission. Republished here with kind permission. 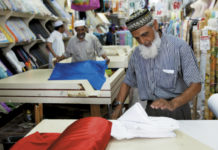 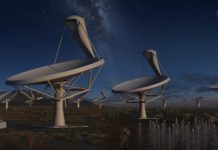