Broadband access in South Africa more than doubled in the last two years as mobile operators slashed the cost of data and network roll-outs accelerated, according to researchers World Wide Worx.

According to the final version of the Internet Access in South Africa 2012 study, released last week, the number of broadband subscriptions in the country grew by 128% from 3.6-million at the end of 2010 to 8.2-million by the end of 2012.

Over the same period, the number of individual broadband users more than doubled, growing by 140% from 2.8-million to 6.7-million.

The study, conducted by World Wide Worx with the backing of the howzit MSN online portal, shows that many users have multiple forms of broadband access – such as an ADSL account as well as 3G – while many hop between operators to take advantage of promotional offers.

“The 9-5 internet peak, along with the traditional desktop publishing and advertising model that has become the South African standard, will become increasingly irrelevant.

“Coupled with the availability of cheaper mobile devices, this presents an opportunity for smaller publishing and tech companies to enter a market traditionally dominated by a few major players.”

“This may seem small, but it is still light years ahead of where we were five years ago,” said World Wide Worx MD Arthur Goldstuck. “It suggests that, five years from now, mobile broadband and smartphones will be the conventional means of access, rather than fixed line, which will increasingly be confined to small business.”

Zehmke added that high speeds, lower rates and ease of access also meant that the demographic of the South African internet user base was shifting significantly, once again creating space for new content and business models.

“The trends presented in this survey suggest that we will see a major shift in the type of content supplied and consumed, with mobile apps and services at the top of the industry’s priority list.”

The impact, Zehmke believes, will be highly positive for the content industry.

“The search for viable digital business models will lay the foundation for a culture of innovation in technology and publishing, creating choice and variety for the consumer. As the audience matures and continues to grow, we are set for a reinvention of the South African digital industry.” 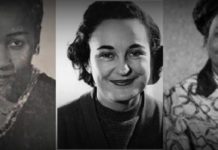 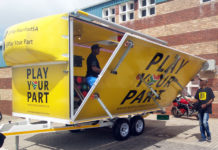