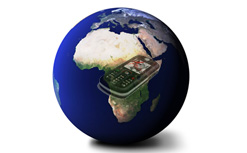 Africa’s stories are to be told by
young reporters equipped with the latest
mobile technology. (Image: stock.xchng) 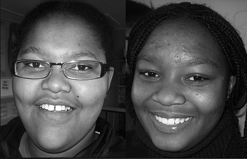 Afrigadget, the acclaimed website that showcases African ingenuity, has launched a new initiative known as the Grassroots Reporting Project, which will train young reporters across the continent and equip them with mobile technology, with the aim of getting more African stories out into the world.

The initiative identifies potential young journalists and trains and equips them for on-the-ground reporting. Using the advantages of new technology such as laptops, mobile phones, and digital and video cameras, reporters can capture stories in real time and submit their material electronically.

So far there are plans to get the initiative off the ground in 10 African countries, including South Africa, using an initial combination of mobile phones and laptop computers. Individuals will be identified by an AfriGadget editor, who will also travel to the country in question to personally train and equip the new reporters.

The group for the pilot stage of the project has been selected, and is based in Khayelitsha, a township in the Western Cape. Two of the young South Africans are Lukhona Lufuta and Zintle Sithole, both in Grade 12 and both currently taking part in a leadership program run by the Centre of Science and Technology, an initiative based in Khayelitsha that gives specialised tuition in science, IT and maths.

The group is guided by experienced local bloggers not only in how to track down their stories about ingenious happenings in and around Cape Town, but also in how to tell those stories.

“I plan to make the best of every opportunity that has been granted to me at Afrigadget,” said Sithole. “This is going to be a great avenue for us youngsters to realise the beauty of our countries and to show us that we can do more!”

Lufuta commented, “My initial reaction to the Afrigadget project was one of tremendous interest, as I am keen on all things technological and consider this a great means to show the world exactly what Africa can do, and what our people are about and also the ways in which we think and live. It is now my chance to showcase a different slightly positive side to Africa, using mobile technology, regardless of what people think they know about us from the BBC or CNN news media.”

Allowing Africans to tell stories of Africa is a concept that is becoming increasingly important, with the realisation that foreign media are prone to painting an all-too-bleak portrait of a beautiful and vibrant continent.

“Economic growth is sturdy; bourses are cracking and for each despot there is a democrat, perhaps many more,” writes respected Mail & Guardian editor Ferial Haffajee in an August 2008 blog entry. “The flipside of our continent’s story has not been told this year as it has not properly been told, arguably ever.”

Haffajee was reporting on the A24 news agency launched in September 2008 by Kenyan journalist Salim Amin. “Africa can only be covered by Africans,” says Amin, “beyond the starving children with flies in their eyes, beyond executions and genocide. Ours is a new and balanced agenda.”

AfriGadget was singled out by Time magazine as one of its top 50 websites for 2008. “There’s a lot of international development news that doesn’t make it onto CNN. So bookmark AfriGadget, It isn’t updated every day (and sometimes not even once a week), but it offers such distinctive reporting that you won’t want to miss a single post,” says Time.

The Afrigadget initiative is driven by a committed team of bloggers, reporters and readers who contribute stories from their own communities, showing the rest of the world how Africans make do with the resources they have, however limited those may be, to improve their lives and the lives of those around them.

Stories are required to meet certain criteria, and must focus on one or more of the following characteristics:

Fascinating stories of innovation featured recently on AfriGadget include a home-built GSM/GPS animal collar to track the movements of elephants and other animals in Kenya, a rope bridge invented to help rare Angolan colobus monkeys cross African roads without getting killed, a mobile phone-based anti-theft device invented by an 18-year-old self-taught Kenyan inventor, and bio-diesel plants run in rural villages.

Other intriguing stories feature a group of conservationists in the eastern Congo who are making briquettes from organic wastes and thereby saving the forests from being cut down by charcoal producers, and young Malawian William Kamkwamba, whose remarkable home-built energy-producing windmill was recently exhibited at Chicago’s Museum of Science and Industry. The young inventor also made it onto the hallowed pages of the Wall Street Journal.