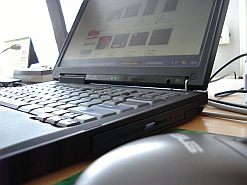 The African Media Centre will provide
journalists with all the equipment they
need to produce quality content about
South Africa.
(Image: stock.xchng) 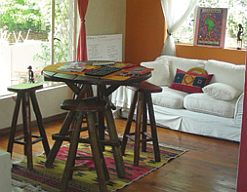 The newly launched JT Comms African Media Hub, located in Johannesburg, aims to boost the international profile of African arts and culture while providing a welcoming space for media professionals to work and network.

Although the facility is tailored for those from the cultural industries, it’s also open to journalists and businesspeople from all other sectors.

The centre, which is still in the last stages of being fitted with infrastructure and equipment, is a long-time vision of communications specialist Vanessa Perumal, co-partner in the wholly black- and female-owned JT Communication Solutions.

“I travelled to Germany with the South African delegation that brought the Fifa World Cup here,” said Perumal, “and there I had a chance to see the German media centre, and to experience how well it worked”.

Back in South Africa she was struck by the fact that there was no equivalent facility available here. Deciding not to wait until somebody else came up with the idea, and with the famous Gandhi quote – “Be the change you want to see in the world” – in her mind, she resolved to do something about it.

“I want this place to be a physical hub where journalists from all over the world can feel comfortable,” she said, “and where African journalists can tell our stories our way.”

The African press has long lamented the fact that overseas media houses tend to portray a very bleak picture of Africa to the world, focusing on dark and depressing topics and overlooking the many positive stories that emerge from the continent every day.

Other initiatives such as the A24 media channel, launched in mid-2008 by veteran media entrepreneur Salim Amin, are planning to redress that situation.

If South Africa and other African countries want to endure on the global arts stage, added Perumal, they must capture the essence of all that is good about their cultural industries, and ensure that the rest of the world knows about it.

Perumal explained that her hope was to give journalists a convenient and comfortable place to be productive, so that they would feel inspired to produce more substantial content about South Africa and the rest of the continent. The result would be more global exposure for South African and African culture.

The centre’s launch, held in late September 2009, was attended by the local and international media community as well as local arts stalwarts such as renowned mezzo-soprano Sibongile Khumalo, poet Lebo Mashile, and storyteller Gcina Mhlophe.

CEO of the Southern African Music Rights Organisation (Samro) Nick Motsatse delivered the keynote speech, and Tawana Kupe, Dean of the Faculty of Humanities at the University of the Witwatersrand, commented in his address that the innovative hub was just what the media and arts on the continent needed.

One of the centre’s first projects was the African Arts in Dialogue, a public symposium held on 23 September 2009.

Local arts academics and writers met with a delegation of cultural journalists from Senegal, Cameroon, Ghana, Zimbabwe, Ethiopia, Kenya, Uganda, to discuss ways to promote African arts on the world stage. The international contingent was also present at the media centre launch.

This important task can only be achieved through communication and better understanding between local cultural journalists and their colleagues in other parts of the continent.

The gathering took place at Samro’s offices. Samro is the body that administers music public performance rights in Southern Africa, and was a partner in the symposium, along with African Synergy, Marimba Media and the JT Comms media hub.