The City of Joburg on Wednesday gave its highest honour, the Freedom of the City, to two struggle icons: advocate George Bizos and Andrew Mlangeni.

The veterans of the anti-apartheid struggle received the accolade for the pivotal role they played in the country’s fight for freedom. “These two men upon whom we confer this honour are free men of the city of Johannesburg and they were both there to hear those powerful words in person,” said Joburg Mayor Parks Tau. “One is a defender and the other is a member of the defending legal team.”

“We also honour the service they gave, and continue to give, to the very democracy that they helped lead the struggle to create,” said Tau.

“And, through them, we honour the values enshrined in our constitutional order, the great refutation of the system our honourees gave their freedom – and risked their lives – to bring down.”

Their part in the struggle

Mlangeni was one of the accused in the Rivonia Treason Trial and spent 26 years on Robben Island in the cell next to Nelson Mandela before serving in Parliament in the first democratic government.

His son, Sello Mlangeni, attended the event on his behalf.

Bizos was a member of the legal team that defended the Rivonia Trialists. He dedicated his career to fighting for basic human rights under apartheid.

Since the end of apartheid, he has fought to ensure those rights, guaranteed under the Constitution, are accorded to all South Africans.

The Freedom of the City of Johannesburg has also been given to Walter Sisulu, Mandela, Beyers Naude, Joe Slovo and Ahmed Kathrada, among others. 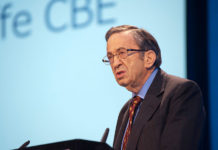 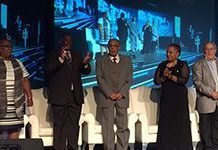 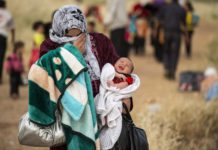 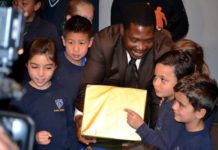 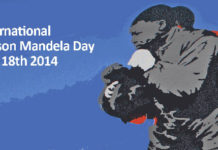 On this day 50 years ago: Mandela arrives at Robben Island