A Cape Town blogger started an online initiative, #CarseatFullstop, to get every child in South Africa strapped into an appropriate car seat every time they travel in a vehicle.

Melissa Javan
A Cape Town mother used social media to track down brands to help her with a campaign to get every child in South Africa strapped into car seats whenever they travelled in a vehicle. The #CarseatFullstop campaign is building awareness about road safety and teaching the proper use of car seats, as well as encouraging adults to take responsibility and make sure every child is strapped before a car drives off.

THE REALITY
In releasing road safety statistics over the festive season on 10 January 2017, Transport Minister Dipuo Peters said that more than 28,000 motorists were fined during that time for not wearing their seatbelts. The release of the 2016/17 festive season report also revealed that 1,714 people were killed on the roads in South Africa.

#Roadstats Peters says road safety is everybody’s responsibility. Some parents must be arrested for allowing children to stand in the car.

Mandy Lee Miller said she had a tantrum in the beginning of 2016 when her daughter Charlotte Rose, who is now two years old, started school. While dropping her off at the preschool, she saw a lot of children standing or jumping in the back seat of cars.

The blogger and public relations entrepreneur wrote about her concerns on her blog with a post titled: “Is the alternative my child dying?”

It ticked her off

In her blog post, Miller says:
“I am ashamed to say that I assumed that most families that don’t use car seats were from poorer households that either couldn’t afford a car set or might not be educated enough to understand the ramifications of their three-year-old standing between the front seats on the way to school, or a mom sitting on the front seat of a car with her baby in her arms – my blood literally runs cold at the thought. I was so incredibly biased with that assumption.

“In the last two months, I have seen more of this outside the very expensive nursery school my child attends, with cars worth close to R1-million – NO car seats!

“Toddlers jumping on the back seats and climbing over to the front seats. Babies in their mothers’ arms in the front seat… in moving cars! This is not a financial decision. This is not a result of lack of education – these parents are doctors, lawyers, accountants, business owners. So WHAT is the issue?”

Miller says after reading the comments on this blog post, her public relations and marketing brain kicked in. “I realised that instead of shouting at random people in traffic, (with the right plan in place) I could essentially shout at all parents in South Africa.”

One of the things she learned while researching car seats was that children should be at least three or four years old when their car seats are turned to forward-facing. She returned her daughter to rear-facing after learning this.

#CarseatFullstop was launched on Nelson Mandela Day in 2016. Miller and 19 others, mainly bloggers, shared their stories and information that was spread on blogs and social media platforms such as Facebook and Twitter. Blog posts written for #CarseatFullstop included “Top tips buying second-hand car seats” and “11 common car seat mistakes”. Miller said that according to online analytics, an estimated 15 million people were reached.

On its website, the Automobile Association, or AA, said it had conducted informal observational research and had found that less than seven percent of children in cars who were deemed to require the use of safety seats were using them. In many instances children were sitting in the front passenger seat without seatbelts, standing in the car while it was moving, or at the very least were not in an age-, weight- and height-appropriate car seat.

Watch Mandy Lee Miller talk about the research she has done on the use of car seats in South Africa:

Play Your Part spoke to Miller about her #CarseatFullstop campaign:

Why call it #CarseatFullstop?
It was the very first name that came to me when I started thinking of creating a campaign. It was a play on ideas and words in my mind (to give) the representation that there was no alternative.

Then also, car seat full stop – because in the case of a sudden complete stop (in a crash) the car seat will fully stop your child from being injured or killed.

While it was my first idea, I spoke to a lot of my friends from my PR days, asking them for ideas and alternatives. We brainstormed and had lots of alternatives, but I kept coming back to it. I started thinking of messaging; I just knew it was the right choice. I am a bit pedantic though, it is capital C and F only – #CarseatFullstop.

How many bloggers have been part of the initiative?
I started by having a solid idea of what messaging was needed and gathering all the facts, statistics and a large number of stock images.

Being part of the blogging community and having worked closely with many of the parenting bloggers on things such as their branding, messaging, and proposals, has allowed me to have a really great personal relationship with them. (I have) a very good understanding of who they are, who their kids are, their unique personalities and voices, so I built from there.

I spoke to the bloggers I wanted on board about the angles I thought would work best for them and their audiences and they agreed. They were incredible and I created a completely new way of working with influencers that worked better than I had imagined.

Volvo was one of your sponsors. Did any other brands get on board?
Gumtree provided an amazing amount of support. it created adverts and content and ran a giveaway and sponsored us a magazine advertisement. It shared our branding on its social media platforms, which was phenomenal.

Jitterbugs in Durban gave us a huge discount on printing bumper stickers. It also printed 1,000 with its own logo on to show its support, which our team distributed around the country.

My local Spar, Kids Emporium, Schnooky Pie, and Meraki Lifestyle all paid to have bumper stickers printed and distributed them for us. Schnooky Pie also helped us to pay for five branded cars.

The space on the cars was given to us free of charge by Cool Kids Cabs, which is as passionate about car safety as I am.

BabyGroup published one of the articles written by one of our bloggers. It also did an advert on its social media for us and in its newsletter.

Wheel Well added a direct link to our website and Arrive Alive, SafelyHome and Western Cape Gov Transport Public Works shared our content to their platforms.

Did it help that you are blogger?
It helped that I am respected in the local blogging community. Also in understanding how blogs work and the underlying influence in what is said, how it is said and knowing how certain audiences respond to certain things.

It helps me in general when working with bloggers as well, because they know that I know what they do, how much work they put into it and how challenging it can be.

I don’t know of another campaign where several bloggers have worked together in a campaign. Most brands, PRs and the influencer marketing companies don’t have the relationships that I have with the community.

I believe that personal relationships and understanding and appreciation of what goes into it, are the only way that this kind of campaign can work.

The campaign was for 67 days; are you still carrying on with it?
There were two elements to the campaign. The core campaign was purely an awareness campaign – #CarseatFullstop. Every child in a car seat every time no matter what. This campaign is ongoing.

The second element was the 67 days. This was a secondary campaign that I launched on Mandela Day (hence the extension on 67 minutes) in support of Johannesburg-based Wheel Well.

Wheel Well collects secondhand car seats year-round. It takes them apart, cleans them, refurbishes those that can be refurbished and responsibly disposes of car seats that are damaged, unsafe or that have been recalled internationally.

It then gets those seats to those who cannot afford to buy one new, for a small affordable donation. It is amazing and it was an honour to support Wheel Well.

How many car seats have you collected so far?
It is difficult to say how many seats we managed to collect overall (because) in the beginning of the campaign people were asked to drop seats at their closest Renault dealership (a relationship held with Wheel Well).

I convinced Volvo to become a drop-off point for the duration of the campaign. I am unsure of the exact number of secondhand seats collected, but as part of my campaign, Volvo itself donated 30+ brand-new seats of its last generation range along with the collected seats. The drop-off was 62 seats in total. As mentioned though, that isn’t the core element of #CarseatFullstop.

What is the future of #CarseatFullstop?
I am planning on taking it into nursery schools – first in Cape Town and later across the country. I am working with a clinical psychologist who specialised in play therapy to put together a session that will engage the little ones and get them to become their own advocates by creating an understanding of and passion for car seats and car seat safety. 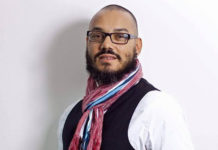 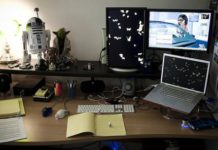 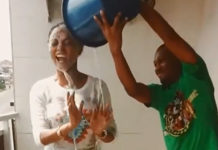 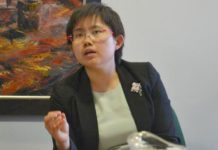 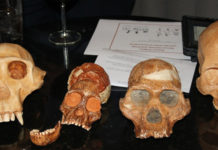