GEM may be a small organisation, but it’s having a huge impact on the world around it! As they celebrate over 7 000 users actively making South Africa a better place on a monthly basis, isn’t it time you learned a little bit more about the people who are in the business of making a difference? 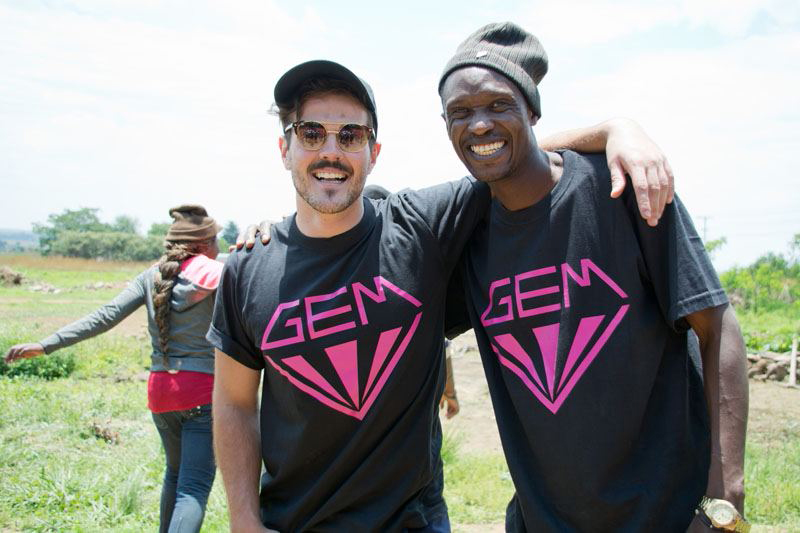 So what is GEM?

GEM (or Going the Extra Mile) is an awesome way for you to create social change in your community – and then be rewarded for it! Think of it as a loyalty programme for community service. Just download the app, find a cause that suits you, attend one of the events, and earn GEMs (redeemable points) for your good work.

Since its launch on Mandela Day 2015, GEM has grown enormously and is now hosting more than 50 community engagement events (monthly), in different cities, where thousands of people are engaging to support tens of thousands of beneficiaries. In the past two years alone it has partnered with over 35 Non-Governmental Organisations (NGOs) countrywide and hosted over 255 social projects, rewarding the involved community volunteers with over 150 000 GEMs so far.

A big part of the GEM project’s success comes from a large social media presence, with thousands of social media followers on Twitter and Facebook willing to engage and share the idea that you don’t need to be a superhero or a millionaire to change the world, your time alone is a beautiful thing to give.

One of their biggest accomplishments was Nelson Mandela Day 2016, where GEM partnered with Brands South Africa’s ‘Play Your Part’ campaign. Over 2000 employees and volunteers celebrated the South African icon and former president’s life by completing maintenance work and food preparation all over the country, such as at the New Jerusalem Children’s Home in Midrand or celebrating a children’s party at Malaika Orphanage in Hillbrow. They also cleaned the premises of the Ethembeni Children’s Home in the Johannesburg CBD and took part in food drives all around Cape Town (to name a few). It may have been one of the first big GEM undertakings in the country, but it won’t be the last!

The app is so easy to use that GEM has over 7 000 active users who play their part weekly in any of the 50 events held each month. This huge reach has encouraged some of the biggest brands in South Africa to collaborate with GEM in order to complete Corporate Social Investment (CSI) that is as practical as it is poignant.

If you live in Johannesburg, Cape Town or Pretoria, you can simply download the ‘GEM Project’ app on your iOS/Android or dial *120*GEM1# (free of charge) from any phone to get started! You’ll be shown a number of community projects that you can volunteer at, including working with animal shelters, orphanages, soup kitchens or community clean-ups.

Choose the one that suits you best and click “attending”. Once you’ve done your volunteer work you’ll receive your GEMs (1 GEM = R1), which you can use within thirty days to buy airtime, data, electricity and movie tickets! And now, thanks to new partners interested in such an innovative way to contribute to society, you can also redeem them for KFC, Shoprite, Vida é Caffe and Checkers eVouchers.

GEM was officially launched in September 2014 by co-founders Camilo Ramada, a pioneer in the field of mobile payments, and David Shields, a strategist in media, public relations and digital marketing.

The two men were discussing how difficult it was for people to change their socio-economic status and become financially inclusive if the work they COULD do was not appreciated. “We receive incentives and rewards for so many things, such as shopping at a certain place, or flying a certain airline,” explained Ramada. “Why then not offer incentives for the really important things, such as taking care of babies, helping to paint a school, working in a community garden, making food for the homeless, or cleaning-up neighborhoods?” And so the GEM Rewards platform was born.

As the Canadian businessman Shawn Casemore once said, “a business that is not growing, after all, is dying”. GEM doesn’t intend to die anytime soon, and as such is expanding its social footprint into other parts of South Africa, including into Durban, Nelspruit and Port Elizabeth.

It has also developed and launched ‘GEM Quiz’ on the app and USSD platform, which will allow users to earn GEMS just by answering questions. This is a function that will allow companies to build campaigns and collect data while not losing the fundamental draw of the GEM project – rewarding citizens for their actions!

GEM is also proud to announce that a collaboration with WiGroup has led to the creation of GEMs very own API, which means that GEM users are now able to convert their hard-earned GEMs into vouchers that can be used at multiple retailers including Checkers, Shoprite, Pick ‘n Pay and KFC – meaning that your volunteer work is now even MORE rewarding!

And finally, keep an eye out for GEM Pay, which will allow users to access financial services in the near future, making money management for the masses that much easier!