Before, Uber would round down each passenger’s fare to the nearest rand. Now, with UberGiving, those cents are instead donated to good causes. (Image: Uber)

South African non-profits are hailing the benefit of taxicab app Uber’s charitable giving. UberGiving allows the company and its passengers to donate to worthy causes.

Before, Uber would round down each passenger’s fare to the nearest rand. Now, with UberGiving, those cents are instead donated to good causes. The new system does not cost the drivers, who will still earn 80% of each fare.

The Reach for a Dream Foundation, which fulfils the dreams of children with life-threatening diseases, was the first beneficiary of Uber passengers’ generosity. It helped the foundation take passionate football fan Elihle Momoza, a 12-year-old with a blood disorder, to Moses Mabhida stadium for the first time. It also gave him a PlayStation with football games.

UberGiving helped Faith Nifang, an eight-year-old with sickle cell anaemia, to live his special dream of a day at the beach by spending a weekend at Sun City, where he enjoyed the playground activities and the Valley of the Waves.

“The magnitude of his smile said it all that day,” said Alon Lits, GM of Uber in sub-Saharan Africa.

“We are honoured to be associated with Reach for a Dream, helping to assist children like Faith and Elihle. These are just some of the dreams that were made possible through UberGiving and the Reach for a Dream Foundation.”

UberGiving’s charitable drive has benefitted other non-profits as well. It helped the Tomorrow Trust, an educational NGO, to fund Mahlogonolo Pasha’s BSc studies in Life and Environmental Sciences at the University of Johannesburg.

Pasha, from a family of five children raised by a single unemployed mother, dreams of becoming the first university graduate in her family. Education, she believes, will end their cycle of poverty.

The Els for Autism Foundation is another UberGiving beneficiary. The charity was established in 2009 by golfer Ernie Els and his wife Liezl Els after their son Ben was diagnosed with severe autism.

Their foundation funds an Autism Centre of Excellence, which gives under-resourced families of autistic children free access to evidence-based interventions.

Other non-profits that have benefited from UberGiving include the Blow the Whistle initiative and the Desmond Tutu HIV Foundation.

“We are proud to support these organisations, to help them continue the good work they do,” said Lits. “A special thanks goes out to all those riders using the Uber platform, by simply requesting a trip each of you are making a difference, and every little bit counts.” 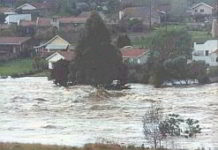 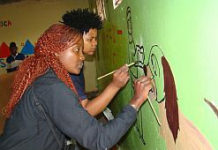 South African families give back on Mandela Day 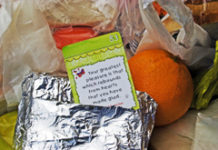 Surplus food for the starving