Volunteers and GEM facilitators also witnessed some of the day-to-day activities at the home as well as participated in the children’s play-time routine.

Volunteers gathered at Ethembeni Children’s Home over the weekend of 30 and 31 January where they lent and hand doing maintenance and cleaning, and also spent some time with the children.

The Going the Extra Mile campaign (GEM) visited the children’s home, in Doornfontein, on the eastern edge of Joburg’s inner city, along with a number of volunteers. The visitors took to cleaning the windows and corridors, which helped to ease some of the pressures of running the home.

Play Your Part, a Brand South Africa programme that promotes active citizenship, has partnered with GEM in its events that uplift disadvantaged communities.

Volunteers and GEM facilitators also witnessed some of the day-to-day activities at the home as well as participated in the children’s play-time routine.

Lucia Ntombela, the site manager at Ethembeni, said that the help they received from the volunteers was key to the running of the home. “That’s why we make sure that the volunteers who come to Ethembeni feel at home, because we’re a family and we want them to feel like they are a part of that family,” she said.

“It’s nice to know that there are people out there who are willing to take the time to come and help out here at the home. Nowadays people don’t have much time; people are busy. For them to take that hour or two hours to come and volunteer knowing that you won’t get paid. I really admire them.”

Ethembeni means “place of hope” in isiXhosa, a fitting name for a place created to provide love and care for children living without their parents.

The Ethembeni Children’s Home in Doornfontein, Johannesburg, serves as a home for up to 60 children at any given time. Established by The Salvation Army in 1995, the home accommodates vulnerable children from birth to three years old who are either infected with or affected by HIV/Aids.

Ethembeni means “place of hope” in isiXhosa, a fitting name for a place created to provide love and care for children living without their parents. “Being a part of the running of the home isn’t easy, but what makes it worthwhile is seeing the transformations in the children here,” Ntombela said.

“Some of them arrive here and it’s difficult for them to smile. But as time goes by they slowly open up and start smiling again. It’s really beautiful to see, and we have a lot of people to thank for helping us.”

GEM is a social development drive created to help mobilise people and develop a sense of ownership of the organisations and initiatives that have been established to make a difference in people’s lives.

The GEM app rewards volunteers for their involvement in helping during special programmes or in the day-to-day activities of NGOs such as Ethembeni.

One of Play Your Part’s key objectives is to encourage active citizenship among all people in South Africa. Through partnerships with GEM and other social change initiatives, the campaign has increased its reach and made it easier for citizens to take action and offer their help where it is needed.

Volunteers can choose to participate in any campaign listed in the app’s database. Once the good deed is done, they receive a reward via the app, called a GEM. This reward can then be redeemed for a range of products such as airtime, data, pre-paid electricity or movie tickets.

For more information on how to get involved in your community and to keep track of the activities in and around your area, visit GEM’s website or download the application. 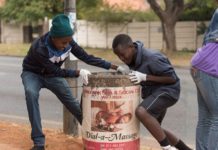 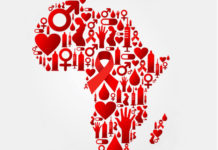