South African delegates to the One Young World Summit arrive in Dublin, Ireland.

This year’s One Young World Annual Summit, held in Dublin, Ireland from 15 to 18 October, brought together valuable young talent from global and national companies, NGOs, universities and other forward-thinking organisations, joined by world leaders, to debate, formulate and share solutions for the pressing issues the world faces.

The summit encourages youth to play their part, not only in their communities, but to make a difference globally and learn to understand the problems people face worldwide and develop global solutions to combat these problems.

What is One Young World?

One Young World is a not-for-profit organisation that gathers together the brightest young people from around the world, empowering them to make lasting connections to create positive change. It was founded in 2009 by David Jones, Kate Robertson and Havas, its founding corporate partner.

After each summit, the delegates, who are then known as One Young World Ambassadors, start their own initiatives or lend the power of the One Young World network to existing initiatives. Of those with jobs, many return to their companies and set about creating change from within, energising their corporate environment.

Three of many ambassadors who attended the event this year in Ireland have written about their experience and the learning process after attending the summit.

The One Young World Summit in Dublin was always going to be inspiring, but this time it did something else. I have had to redefine some significant definitions in my life.

First was poverty. I always believed that poverty was black. I understand the African struggle; it’s been my struggle from before I was even born.

While in Dublin I came across the Famine Sculptures on Custom Quay in Dublin’s Docklands. It represents solidarity with people living in poverty across the globe. It is difficult not to feel the pain and suffering captured by these sculptures.

I now know that it has no sex, religion or colour.

Struggles are not limited to my continent or its people. I’ve learned that we are all equal in the face of poverty – black and white.

The fight against poverty is long and hard. I don’t know if we will ever win it, but I know that we stand a better chance if we are united.

The second definition was freedom. The special session titled “One Young World Peace and Conflict Resolution: International Insights” was amazing. The panel consisted of delegates from conflict countries including South Sudan, Kashmir, Palestine and Israel. They shared their experiences with conflict and the plight of their people. I am astounded by the fact that despite all the advancements in so many areas, from technology to medicine, we always revert back to the most primitive form of conflict resolution. Picking up a gun and killing someone because they are different from you or have what you want! How outdated!

One of the most heart-wrenching stories was shared by Yeonmi Park. She shared her journey to freedom, how she and her mother escaped from North Korea in 2007. As a child she witnessed many atrocities: one such was seeing her friend’s mother executed in public for watching a foreign movie. Yeonmi even talked about how they were so heavily indoctrinated that they believed that their ruler Kim Jong-il could read their minds. Freedom was not a word she could think or speak.

I have a new appreciation for the freedoms I can exercise in my own life. We no longer live in a country where we fight for our own right for freedom. We live in a country that allows us to do more than merely exist. Freedom is a word we use very loosely on a daily basis. Yeonmi Park reminded me of my freedoms and the responsibility it comes with, but also what a privilege it is in the world today.

The One Young World summit in Dublin changed the way I view the world. I hope to “be the change I want to see”, because it is my responsibility as a young leader and a citizen of the earth.

In the midst of routine work commitments, the summit date approaches, sponsorship requests pending confirmation, and one definite fact, I will be attending! It’s the last Thursday before the summit kicks off, payments have finally been made, flights have been booked (I am grateful).

Tuesday evening our journey begins. Terminal gates in South Africa, Dubai and Dublin open at the mention of “One Young World Delegate” (yes I have the right pass). Wednesday, we arrive and are welcomed by the not-so-welcoming Dublin weather. We are well-received by the One Young World team and are taken to our hotels. The bus trip becomes my first realisation of the diverse representation of countries from across different continents of the world. Networking starts here, so let’s do this!

It’s the opening ceremony. All flags of the 186 countries represented are paraded, signifying this is now my reality. Opening speeches by world leaders set the tone that will run through the next few days.

Our days started at 06h30, covering topics such as sustainable development, global business, leadership and government, entrepreneurship and climate justice. Representatives Kofi Annan and Mary Robinson of The Elders organisation give us our mandate and we knocked off at 23h00. Next is the unofficial networking sessions while exploring the pubs of the Dublin CBD.

The next two days are no different. We tackle employability, bridging the gender gap, human rights, peace and conflict resolution, social entrepreneurship, education, internal and external breakout sessions, a tour of the city, and dinner at the Guinness Storehouse.

The sessions held have proven to be intense and robust, exposing issues that generally do not reach my eyes and ears. I am exposed to delegates and ambassadors from countries experiencing unimaginable levels of human rights violation, oppression and violence. The people sharing these stories are my age, but have experienced far more than any human should in a lifetime.

I have made friends based in London, South Korea, Kurdistan, Ireland, my fellow African leaders, Palestine, USA, Cayman Islands and Germany, just to name a few. I can validly say, now I have a global network. We have shared laughs, bus rides, lengthy walks through Dublin, a Guinness or two, thoughts and ideas, and challenged each other. We know much about each other, because we interacted and integrated as one young world – excuse the pun.

I have met young people taking their positions within the politics of their countries, who are fighting for the preservation of the wellness of our planet, young leaders who have identified social needs and developed viable business models around solutions to these.

As delegates from South Africa, we have found each other and agree we cannot leave Dublin without singing our national anthem and waiving our flag proudly.

Sunday arrives, we have had meaningful interactions, have exchanged contacts, we are aware of phenomenal programmes run by young people that are bettering the world we live in. We too stand up! Home time: time to make my contribution to our beautiful nation.

I realised that, given the right platform, young people have the capacity to articulate and address national and global concerns effectively and strategically.

Kofi Anan warned about the crippling effects of climate change. He said, “Don’t let anyone take the future away from you. It’s important to act now, not tomorrow.”

Bridging the Gender Gap – We learned to push the boundaries and become a generation of achievers. Meghan Markle said, “Watch what you do, how you portray yourself and align yourself with men who support and understand you.”

Sport and Society – Sol Campbell touched on racism, nepotism and the lack of black managers in the English League. He said, “If you lose the love for something, you lose your direction.”

Human Rights – Raped while training – Amanda Dufresne’s talk was poignant. She said, “The easy part was when I rolled off a cliff to escape the rapist. The battle was dealing with the internal scars for years.” She insisted the importance of stamping out rape.

Peace and Conflict – Twenty-one-year-old North Korean Yeonmi Park told of her escape from “the darkest place in the world”. She saw her mother raped and a friend’s mother publicly executed. With one TV channel, no internet and no freedom of expression, North Korea executes people for making unauthorised international calls. Yeonmi said, “When I was crossing the Gobi desert, scared of dying, I thought nobody in this world cared. But you have listened to my story.”

Four former Latin American presidents communicated solutions to tackle drug trafficking and corruption, using the power of social media. They said, “Education is the only way to change a nation within one generation.”

Do you want to be a One Young World Ambassador?

One Young World delegates are 18 to 30 years old who have demonstrated leadership ability and a commitment to effecting positive change. Many have already had an impact in their home countries on a range of issues, including the role of business in society, transparency in business and government, the impact of climate change, global health and hunger relief. Visit www.oneyoungworld.com for more information. 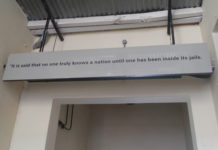 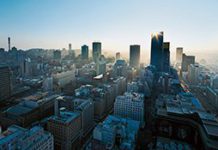 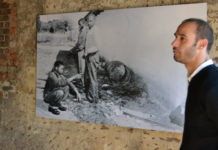 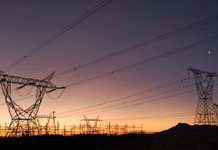