The Tsogo Sun hospitality group will invest R10 million in the Moves for Life School Chess Programme as part of its SunCares corporate social investment programme.

Recognising the age-old game’s educational potential the South African hospitality group wants to use the board game to inspire young people’s imaginations and improve their ability to learn.

“The selection of chess seemed a natural fit for us as part of both our strategy to develop sport as well as play a role in education. Chess is listed among the government’s top 16 priority sporting codes for inclusion at school level and the educational development through chess then aligns strongly with sport and education,” says Shanda Paine, group CSI manager at Tsogo Sun.

She adds; “All our initiatives are designed to comply with government’s strategy and objectives within the school system to ensure that we contribute to the overall development of the children we reach.”

The group has signed a three-year contract with Moves for Life, acquiring naming rights to rebrand the initiative Tsogo Sun Moves for Life.

“Chess is by far one of the oldest and most played games in the world,” he said, adding, “It cuts across intellectual, age and language barriers and can therefore be enjoyed by people from across the world.”

He said that chess could help students understand complex concepts, with a particular focus on mathematics and science.

Angie Motshekga, the minister for basic education, and the then minister of sports and recreation, Gert Oosthuizen, were among the government representatives at the event showing support for the ground-breaking initiative.

The Moves for Life initiative comprises two sub programmes, the MiniChess programme aimed at students between five and eight years’ old and the MasterMoves programme for children from eight years’ old, in grade 2, to matric, with some 50 000 children participating in the programmes countrywide.

The programme will help develop and improve children’s concentration, creativity, logical thinking, and planning and problem solving skills at an early age.

Part of the Tsogo Sun Moves for Life initiative is showing teachers how to use MiniChess to supplement their lessons; more than 600 foundation phase teachers have now started holding MiniChess classes.

Garry Kasparov is also the founder, patron and acting chairperson of the Kasparov Chess Foundation (KCF), which launched its African branch in Johannesburg in March 2012, focusing on promoting chess as a tool for education and social development.

The KCF-A has since become a Tsogo Sun Moves for Life partner.

The programme will help develop and improve children’s concentration, creativity, logical thinking, and planning and problem solving skills at an early ageThe MasterMoves programme introduces students to the more complex aspects of the game, encouraging them to participate in the monthly Tsogo Sun Moves for Life tournaments. The programme teaches people with a strong chess background how to teach chess, and holds workshops teaching communities more about chess and how it can benefit them recreationally, educationally and professionally.

THE BENEFITS OF CHESS

Chess presents intellectual challenges to players; dealing with these challenges helps build strategic skills that can be applied off the black and white battle field.

“It is an important game in many respects…” Zuma said; “… the main benefit being that it contributes to the development of strategic thinking as well as concentration, analytical skills and problem solving.”

Visualising and thinking ahead are key to mastering chess as players need to imagine a sequence of actions to counter possible threats.

Chess also helps to hone analytic and planning skills, as players must make measured moves to avoid their opponents’ attacks, while predicting other pieces’ moves.

The game offers a unique, entertaining opportunity to build and hone lifelong skills. 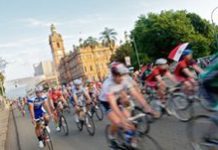 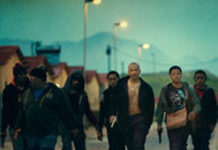 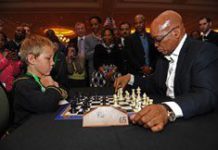