Brand South Africa kicked off the year on an entrepreneurial note at the TEA (Township Entrepreneurs Alliance) Mentorship & Business Workshop, that took place at the Mayibuye Cultural Centre in Galeshewe, Kimberley. As part of Brand South Africa’s flagship Play Your Part initiative, Deputy Minister in the Presidency, Ms. Thembi Siweya delivered a keynote address. “Initiatives like the Township Entrepreneurship Alliance are established for economic transformation and job creation, which is part of the seven priorities identified by the President to drive the National Development Plan (NDP)”, said Min. Siweya.

Brand South Africa caught up with founder of The Cubing Hub, Donovan Pretorius, who championed a Pitching Challenge at the Mentorship & Business Workshop, after successfully marketing his business in less than 30 seconds. 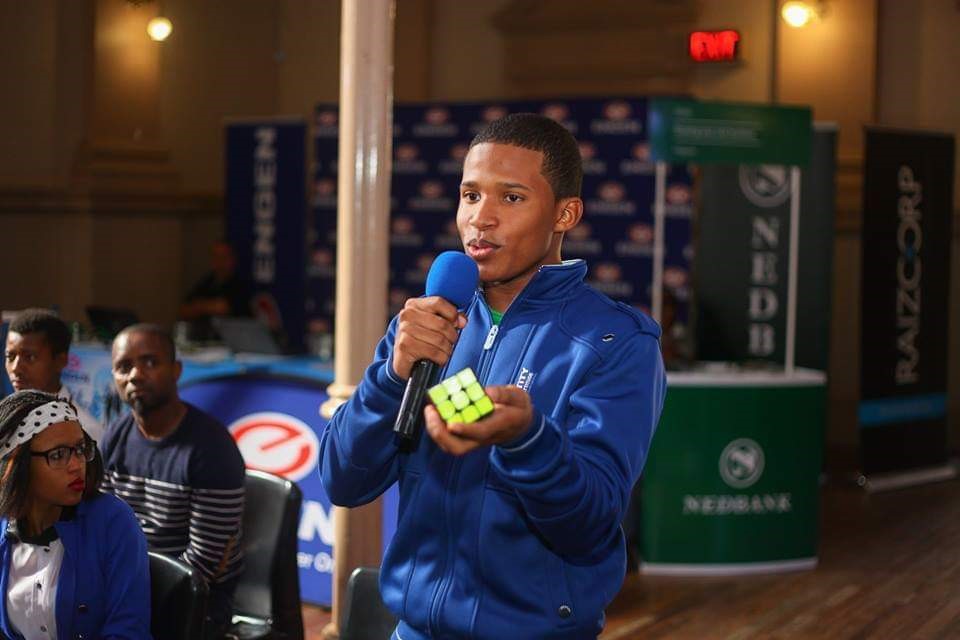 Donovan was a Grade 10 student at Northern Cape High School when he founded The Cubing Hub. The Cubing Hub offers customised Rubik’s cubes, also known as SpeedCubes additionally providing the method on how to solve and master the Rubik’s cube. They also conduct motivational and personal development talks. He says: “I asked my mentor what business can I start after having a short success period with my popcorn business at school and my mentor told me: “use what is in your hands”. I was good at solving the Rubik’s cube, so I took the cube to school and showed it to a few of my friends.  They loved it and I realised I can sell them the cubes and train them and make a profit from it. That’s how the The Cubing Hub was born.”

After five years in existence, the team is also in the process of creating a new school sport called ‘Speed Cubing’, a first for South African schools. Students will use their cube skills to compete against other learners to see who can solve the cube, clocking the fastest time possible. This sport will help to build and extract the confidence of students.

The Cubing Hub sees the success of their product when they encounter students who model a sense of achievement after solving the cube. “Students in our program have been challenged to step out of their comfort zones and they have learned to become more confident in themselves. It has allowed them to strive for higher and bigger goals in their lives”, says founder Donovan.

Their plans for the near future include expanding their business (currently operating in Kimberley) into schools in other provinces like Gauteng, the Western Cape and the Free State. They also plan to grow the sport by training more students in order to host an official competition between the schools in 2020. 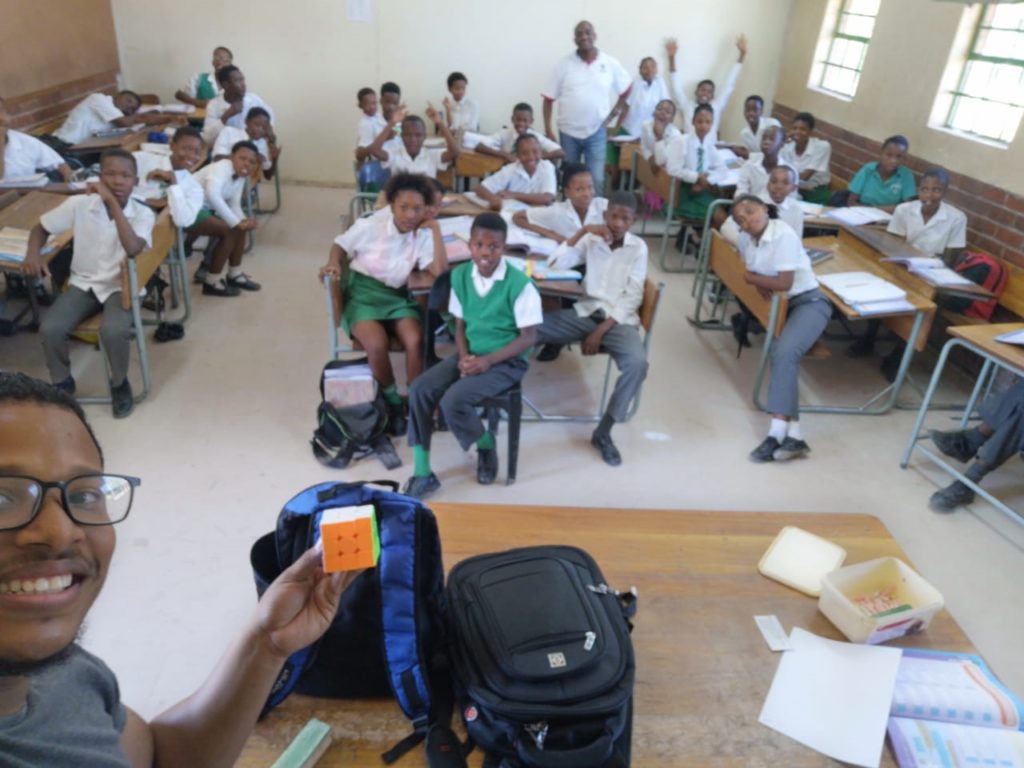 Says Donovan: “We never want to exclude any of the students, especially those in less privileged schools. At this moment we are unable to give/sell them cubes to give them training, thus we would appreciate the assistance to acquire sponsors to provide the students with cubes that they can also have an opportunity to unleash the ‘Greatness Within Them’.

We would welcome and appreciate any assistance to obtain access to the schools in all the different provinces and getting the departments as well as the government on board with us.”

To get in touch with The Cubing Hub, follow them on Facebook, or send them an email.