Two dynamic women who founded a social enterprise based in Makapanstad, North West Province have been awarded the 2012 Glamour ‘Women of the Year’ award.

Martha Letsoalo and Julie Hadley, Director and Managing Director respectively of the Heartfelt project, were amongst the honoured women who walked on the red carpet at the recent 2012 Glamour Women of the Year awards in Johannesburg’s Rosebank.

The two were awarded the 2012 Glamour Women of the Year award to acknowledge the tremendous social impact of their work in the rural and impoverished community of Makapanstad.

Their products include a diverse selection of hand-made gifts and felt items including bookmarks, brooches, key rings, fridge magnets, Christmas decorations and many others.

Heartfelt currently employs 15 women from Makapanstad, who use traditional handcraft skills to create the products. According to Ms Hadley, a percentage of the profits made from sales is donated to community development initiatives such as HIV/AIDS and TB charities in Makapanstad.

The heart menders have brought hope within the community of Makapanstad, and are continuing to spread hope throughout South Africa. They recently initiated a similar project in Rosendal in the Free State Province, and the plan is to develop the Heartland, a network of satellite centres all providing employment and opportunity in impoverished areas.

Heartfelt has been acknowledged in the past for its work and has received several awards and accolades; in 2009 it won the Bronze award for Best Individual Stand at the South African Handmade Collection at Decorex, as well as a craft award for Corporate gifting at the Platinum Programme Provincial Craft and Design Awards the same year.

Heartfelt is also one of only 85 organisations chosen nationally as a beneficiary of the Old Mutual Legends Business Development Programme, which supports the team at Heartfelt through mentoring, business support and skills training.

Other dynamic women who were also acknowledged at the Glamour awards included television and radio personalities such as Yfm’s Bonang Matheba, Top Billing’s Jeanie D, former 5 FM DJ Anele Mdodda and Funeka Ngwevela, who shared the stage with Julie and Martha.

August is Women’s Month, a time to acknowledge and honour South African women for their contribution in trying to change our country for the better. Martha and Julie are living proof that South African women are strong, confident and capable of changing lives. 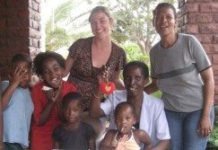 We are the HEARFELT Project 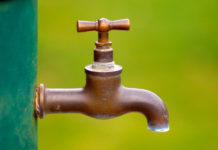