Phiwayinkosi Mbuyazi has combined his love for languages, science and technology to provide children with new Zulu words through which to explore the modern world, encourage a generation of enquiring minds and preserve his mother tongue.

Through his work, he wants to keep the Zulu language current by expanding its vocabulary, promoting mother tongue education, and encouraging people to read indigenous language books.

“I wanted to write in Zulu about subjects no one else was writing about,” he says. “I knew that in technical fields there is nothing written in indigenous languages.”

He wants to change perceptions about indigenous languages, and with the new words give people tools to understand and discuss contemporary science and technology in their home language.

Phiwayinkosi Mbuyazi, author of The WIBY Kids – How It All Began, and its subsequent Zulu version, AmaYIPHENDLEYA – IsiQalo Sakho Konke, has combined his love for languages, science and technology to provide children with new Zulu words through which to explore the modern world. (Image: Phiwayinkosi Mbuyazi)The 41-year-old author, who also studied philosophy, politics and economics at Oxford University, decided to leave his day job to write a science and technology book for children.

The WIBY Kids – How It All Began, and its subsequent Zulu version, AmaYIPHENDLEYA – IsiQalo Sakho Konke, tells the story about four South African teenagers, Kwethu, Jo, Scott and Bobo, and their journey to learn about mathematics, science, technology, philosophy, history and culture.

With the book Mbuyazi wants to show that anyone can cultivate a dream and an innovative mind.

While writing the Zulu version he also developed a brand new Zulu numbering system that lends itself to being spoken and translated into other languages with greater ease.

“It isn’t heavy science,” the author says. “The WIBY Kids are to science and technology what Harry Potter is to magic and wizardry.”

Once the English version was complete, he started translating the book into Zulu, but he soon realised just how difficult it is to write about science in his mother tongue. It was possible to write extensively about a variety of technologies in English, but this was not the case for Zulu.

“This is what is contributing to the demise of the language,” Mbuyazi says. “IsiZulu will eventually become extinct because there are not enough books written in South Africa’s largest official language.”

Schools are also increasingly teaching only in English, and there is hardly any literature available in indigenous languages.

“What is written for indigenous languages is only for the schools market,” he says.

Mbuyazi says this insight led him to create hundreds of new Zulu words to explain popular science-related concepts and words such as planet, Internet, airport, explorer, print, spark plug and even mathematics and technology.

He also developed words to explain contemporary phrases such as reduce, reuse, recycle and global warming.

Through his work, he wants to keep the Zulu language current by expanding its vocabulary, promoting mother tongue education, and encouraging people to read indigenous language books. (Image: www.barnesandnoble.com)Mbuyazi went about researching the development of indigenous languages, and found that Zulu has anglicised many English and Afrikaans words.

But coming up with new words was a difficult process. “I thought long and hard about how to translate English words into Zulu,” he says. “I do wish it was a thumb suck, but that is not how it was.”

It took at least five times as long to finalise AmaYIPHENDLEYA than it did to write its English counterpart.

He made use of several methods such as learning about a particular word’s origin or creating a word that relates to its function, what it looks like, sounds like, or even based on its movement.

This is how he created a new word for ‘planet’.

“In Zulu we have the word umhlaba which refers to the earth but there aren’t any other words that refer to Jupiter, Mercury, Pluto and the like,” he says.

When he explored the original meaning of ‘planet’, he saw the English word is derived from the Greek planitis which means to hover or wander.

“If you observe the movement of the planets, they appear to hover around the sun, which is why I named them umzulane which means going round,” he explains. “This shows the connection between the new word and its English translation.”

He created the new Zulu word for ‘print’, gxifa, by drawing on the sound that printers make. The new word for ‘recycle’, buyafuthi, is a combination of the Zulu words for ‘bring back’, buyisa, and ‘again’, futhi.

Mbuyazi hopes that through the book he can get more people talking and reading in Zulu.

“When I was a child I used to read a lot and this made me passionate about Zulu. I’m afraid of it being lost in time, if you don’t keep on talking it,” he says. “We have to keep our mother tongues alive. People discount the importance of their home language and I want to change this.” 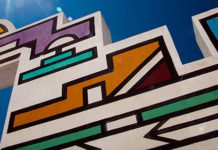 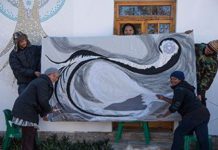 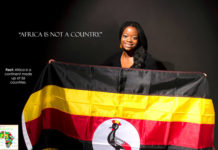 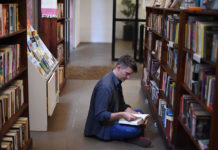