The 2013 Old Mutual joBerg2c will be one for the books as the organisers join forces with the Participate for Good campaign, a 46664 Bangles Initiative, to raise more than a million rand towards building container libraries in rural communities along the race’s route.

The nine-day mountain biking event, which rolls out on April 26 next year, will be the first in a series of sporting events that will help the initiative reach its overall target of R20-million, or 100 libraries, by 2016 for the Mandela Day 46664 Library Campaign.

More rural children will soon discover the joy of reading in container libraries along the Old Mutual joBerg2c routeThe campaign is spearheaded by 46664 Bangles Initiative chief executive officer Robert Coutts, who has ridden the 900km event every year since its inception in 2010.

“The race is possibly one of the best examples I have seen where the entry money is paid back into the communities we ride through,” he said.”The local communities treat us like kings and queens – we couldn’t find a more aligned event and receptive organisers anywhere.”

Coutts said anyone could register with Participate for Good as a charity champion and use their chosen adventure or sporting event to generate donations for the initiative.

“So if you wanted to ride the Old Mutual joBerg2c for the library project, you simply register, set your own target and then use the built-in social media links to start asking for donations from individuals and corporate sponsors.”

According to Coutts, four teams had already registered, with another three in progress. “We hope to make 20 teams in total but, as always, we are building towards a long-term objective.”

“We are ecstatic and will now set our aim higher. We hope to deliver at least 10 libraries in the next three years, which will have a positive impact on approximately 10 000 kids a year for at least 15 years.”

He said the location of the libraries would be determined in consultation with race organisers and local communities, as well as the Department of Education and children’s organisation Soul Buddyz.

“As a start, we hope to have the first one delivered during the race for all to see. It’s an affirmation of responsibility for a longer term solution.”

COMMUNITY CENTRE FOR MANY

One of the organisers, Craig Wapnick, said they would pick a suitable location where it would not just be a school library but rather a community centre for many.

“These are fully stocked, state-of-the-art container libraries, which will become central meeting points for the community. They’ve got windows and aircon and everything – they’re amazing.”

Wapnick said local communities worked hard for the event all along the route from Heidelberg in Gauteng to Scottburgh in KwaZulu-Natal and that this was not simply a handout.

“We’ve always said we’re not a charity organisation but we encourage fundraising organisations to work with us to meet their objectives. It’s good for us and it’s good for the community.”

He said organisers were especially delighted to come on board with a sustainable initiative like the library project.

“We never really thought when we started joBerg2c that it would lead to so many great opportunities to give back. It’s a feel-good event; when you enter, you’re part of something really special.” 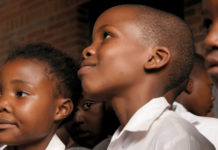 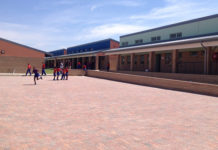 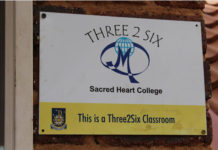 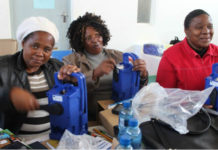 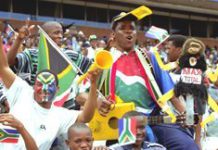