Most of the street children in South Africa are there as a result of poverty, neglect and violence. While we as individuals cannot change the socio-economic issues related to poverty, we can change the life of a street child every time we eat in a restaurant – this is where StreetSmart SA comes in.

Founder of StreetSmart SA, Margi Biggs (left)StreetSmart SA is a non-profit organisation dedicated to social re-integration and upliftment as it rallies restaurants to become involved in helping to rebuild the lives of street children at risk in the city.

StreetSmart SA raises money through participating restaurants in Cape Town, Franschhoek, Stellenbosch, Helderberg, Somerset West, Paarl, Swellendam and now Johannesburg, by asking diners for a voluntary R5 (US$0.55) donation to be added to their bill.

All the funds raised in this way then go to StreetSmart SA’s beneficiaries for social re-integration projects; to date an amount of over R6-million ($664 000) has been raised and there are currently 68 StreetSmart restaurants running this worthy initiative in these cities.

The beneficiaries of StreetSmart SA work with the children to educate and rehabilitate them and reunite them with their families.

They also put considerable effort into raising awareness of the issue, and educating South Africans on how they can assist by not giving money to street children, as this feeds habits of crime, drug abuse, glue sniffing and other wrongdoings. Donating at a StreetSmart restaurant is one way of responsibly helping a street child.

‘SOCIETY NEED TO TAKE CARE OF THE WEAK’

StreetSmart educates communities to not give money to street children as this keeps them on the streets – there are other, more effective ways to help them. (Images: StreetSmart SA)Shoprite Checkers 2012 Woman of the Year Margi Biggs, the dynamic owner of a travel company called Specialised Tours, founded StreetSmart SA in Cape Town in 2005; it was then that she came across many children living and begging on the streets.

“I felt awful and thought to myself, this isn’t right. As a society we need to take care of the weak,” Biggs says. After seeing how StreetSmart worked in the UK, Biggs propositioned them to form a similar organisation in South Africa based on their model.

She started the venture aware that the streets of Cape Town are home to a rich mixture of historical buildings and cultural heritage sites, as well as beautiful parks and gardens, but also that these very streets are the only home for many children.

“These children are defenceless victims of brutal violence, sexual exploitation and sex tourism, abject neglect, chemical addiction, human trafficking and human rights violations,” she says. “Urgent interventions are needed to get them off the streets and reunite them with their families.”

StreetSmart moved to Johannesburg in 2013, and already six restaurants have signed up: Five Hundred and Qunu at The Saxon, Balata at The Fairway Hotel & Golf Resort, dw eleven-13, the Griffin Craft Beer Gastropub, and Red Rabbit.

The newest beneficiary is a homeless shelter called Twilight Children in Hillbrow. Twilight Children was established in 1983 and works with children and young adults in an effort to integrate them into mainstream society.

It runs development programmes which give them skills, build their confidence and enable them to become valuable citizens.

Other StreetSmart beneficiaries who are all involved with social development and rehabilitation of street children are Lean to Live, Ons Plek, Home from Home, Ocean View and Vrygrond, Cape Town Multi Service Centre, Youth Empowerment Action, and Nceduluntu Sanctuary Trust.

According to Biggs, StreetSmart SA works on a strictly funded model, with only one employee, and is fully sponsored. Recipients of the organisation are also required to submit report backs and keep StreetSmart informed of how donations are used.

“None of the money raised from the public through the restaurants is used for StreetSmart SA’s own operational requirements as corporate funding is sought on an ongoing basis,” she adds. When corporate funding for administrative costs falls short, Biggs initiates fundraising projects. She has personally walked the Camino St Frances from St. Jean-Pied-du-Port near Biarritz in France to Santiago de Compostela in north-west Spain twice – a distance of 800 kilometres – to raise funds for her organisation.

Her goal for StreetSmart SA is to take the initiative nationwide. She is also currently working on two job creation projects in the arts and culture field that will create employment for people who are talented in the visual and performance art. 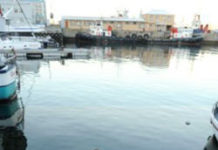