JOHANNESBURG, Wednesday 25 July 2018:// The political alliance of BRICS nations has become a distinct global brand in its own right; research conducted by Brand South Africa – a marketing agency of the government of South Africa – shows. 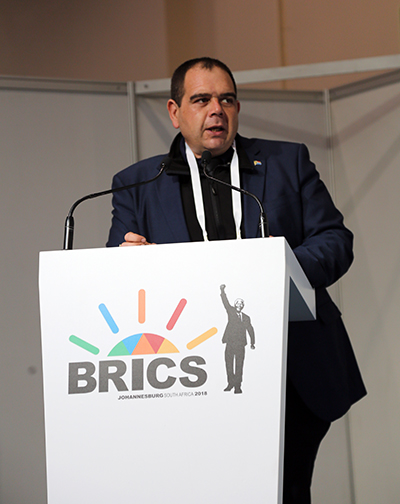 id Dr Petrus de Kock, General Manager for Research with Brand South Africa: “In an ironic twist of geopolitical fate in the 21st century, the five developing nations of BRICS have become advocates of free global trade and of globalisation, promoters of protection for the environment in light of global climate challenges and a force that advances the cause of an integrated, international, multipolar international order.”

The research explored how the increased formalisation of intra- and inter-BRICS interactions, the establishment of institutions such as the BRICS New Development Bank and increased interaction on platforms such as the Business Council and Think Tank structures also lead to the development of the BRICS’ collective image.

Since inception and leading up to the 2018 BRICS Summit, the BRICS Research Group found that there have been more than 160 formal meetings between members and 60 documents that were implemented through working groups and coordination mechanisms.

Furthermore, between 2009 and 2017 BRICS nations have made a total of 406 commitments and implemented 70% of Summit decisions.

Dr de Kock explained that the results were 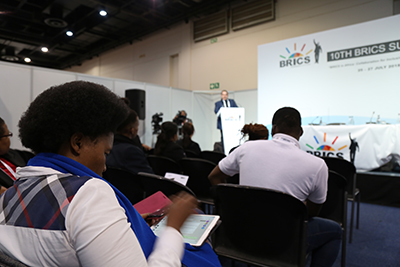 surprising. He said the research had disproved what sceptics argued, that due to the diverse nature of the member states’ internal composition, and geopolitical and economic policy objectives, the organisation would find it hard to cohere and develop.

“The development of the BRICS brand takes place in a post-Global Financial Crisis world characterised by growing protectionism, trade wars and turbulent political change. The developments in the global economy and geopolitical environments play a major role in driving the search for strengthened, deepened and institutionalised BRICS interactions. BRICS nations have been bucking these global trends of anti-globalisation and counter-integrationist

discourses and as a result, have anchored their own economies through the BRICS partnerships,” said Dr de Kock.

* How the BRICS brand presents a unique case of compound soft power or the multilateralisation of soft power?

“The BRICS countries connect 42% of the world’s population and are establishing new institutions and hosting conversations to create a world where bricks are there to build bridges of mutual understanding, and not create walls of division, conflict, exploitation, nationalism, prejudice and exclusion,” concluded Dr de Kock.