Many of South Africa’s pupils find themselves unable to access a basic service such as electricity, let alone the internet. This reality formed the basis of a solar-powered internet classroom that global electronics giant Samsung donated to the community of Phomolong township near Johannesburg.

The Solar Powered Internet School at Phomolong Secondary – which won the African Solar Project of the Year award at the Africa Energy Awards in March this year – is a mobile container powered by solar panels, allowing pupils to access the internet. It was first installed in October 2011, and has been of great benefit to the school’s 2012 matric pupils.

Thierry Boulanger, director for Samsung’s IT Solutions Africa, explained that his company was inspired to do something different, as they realised that many projects that intend to give pupils access to new technology often fail due to lack of sustainable energy supply.

The Solar Powered Internet School at Phomolong Secondary can accommodate up to 21 pupils at a timeBoulanger believes introducing something like this solar-powered facility will address many challenges faced by educational institutions throughout the country.

“We’re moving away from the ‘here’s a notebook’ or ‘here’s a prize’ mentality to ‘here’s a sustainable solution’.”

The ability to download educational software means schools will save on costs and resources needed to order, transport and store textbooks, and ensures efficient resources are readily available.

The container can accommodate up to 21 pupils at a time. It’s fitted with an interactive e-board, a LED touchscreen in place of a blackboard, as well as web-connected Samsung notebooks, and can run for up to three days without sunlight.

Boulanger says the classroom was built to be sustainable and had to be completely independent of utility power. The maintenance and progress of the project will be monitored by another service provider.

The solar panels on the roof and sides are made of a robust rubber-like material, rather than conventional panels, so that the unit can be easily transported without the risk of breakage.

With a server that can accommodate the school curriculum from grades 1 to 12, pupils and teachers from other schools in the community will also be able to use the centre for their internet needs. This is something that IT Solutions Africa encourages so that the community feels a sense of ownership towards the facility, eradicating possible vandalism.

Another good thing about the container is its mobile value, as it can be wheeled anywhere on the school premises where there is sufficient lighting, if the need arises. In the event of overcast weather conditions, the pupils can charge the notebooks individually to gain at least one hour’s use for every two hours of charging.

Using ICT solutions to give poor communities access to technologies that are otherwise only available to developed countries has long been a goal of governments and organisations tasked with the development of such areas. However, hurdles such as illiteracy, a lack of computer skills, low income and no access to proper infrastructure means that this is not always feasible.

Phomolong Secondary is the only high school in a population of 350 000 and while it is meant for 1 200 pupils, it currently has 1 900 pupils enrolled. Over 500 of these are orphans, and even the many who live with their parents often can’t afford the school fees.

Despite these and other challenges, the school managed to achieve an average 89% matric pass rate, and two years ago won an award for the most improved secondary school in a township. Samsung has undertaken to train three of the school’s 70 teachers in IT skills, who will then pass these on to their colleagues.

“We’re moving away from the ‘here’s a notebook’ or ‘here’s a prize’ mentality to ‘here’s a sustainable solution'” – Thierry Boulanger of Samsung’s IT Solutions. (Images: Samsung)Samsung has set up a small factory in Midrand which is building the mobile containers. The first prototype took eight weeks to build, but construction is now down to six weeks with more container projects expected to be rolled out soon.

With these centres, the company aims to reach 2.5-million pupils across Africa over the next five years.

Because the unit is a new concept, the prototype was tested around the country so that Samsung could get feedback on its feasibility. The project will soon be taken to Nigeria, and according to Boulanger, there has been lots of interest from ministries of education across the continent and even as far as Pakistan.

Mocheke Thoka, the principal at Phomolong, says the project has opened up a new world for the pupils. “They can go visit the centre during their free periods and it has assisted them greatly with their projects,” he says.

For 16-year-old Musa Mavuso, it has not only helped him achieve better results with his school work, but opened him up to a future career path. “I didn’t even know such a job as a mine surveyor existed before I began researching it on the internet. Now that’s what I want to be!”

He says that he knew little about computing previously, but that web resources are now more helpful than the library. With the internet he saves time and gets more done.

“It’s more productive,” says Mavuso, “I gain more information through the internet than through books.”

Boulanger stresses that ICT is an enabler rather than an over-arching solution, and the mentality has to shift from simply giving schools a notebook and walking away.

“Technology provides access to an environment students wouldn’t otherwise experience,” he says. “This is how we are going to create the future for Africa – through education.” 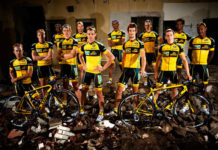 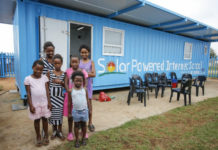 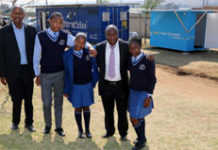 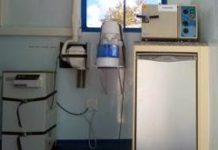 Getting internet from the sun 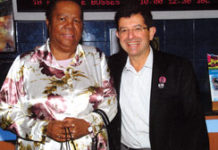 Maths and science the fun way