Mankind has always been subject to weather patterns. But imagine, if you will, being able to predict a drought – especially in Africa? Imagine no more.

The softly spoken Dr Muthoni Masinde has done just that. Masinde received her PhD in computer Science from the University of Cape Town in 2012.

“During that time I passionately developed a solution that can predict drought,” she said. “The uniqueness of this solution is that we use computer science technologies such as such as artificial intelligence, wireless sensor networks and mobile phones in combination with indigenous knowledge to predict drought in an accurate manner specifically for Africa.

“With the kind of solution I’ve developed, it’s possible to predict drought as accurately as 98%. Since it incorporates the knowledge of our people they identify with it. Especially if you look at small scale farmers, the people in charge of the farms are actually
women.”

For her work, Masinde received the top award in the category Distinguished Young Women Researchers: Research and Innovation, at the annual Women in Science Awards on 11 August 2016.

She was delighted with the award. “I slept an ordinary person, and woke up a famous person,” she told John Robbie, a presenter on talk
radio station Radio 702. “I’m very excited.”

Farmers were able to predict rain, either by insect movements or changes to certain plant life, Masinde explained. That knowledge was coupled with modern technologies to forecast drought.

Listen to the rest of the interview:

The tool Masinde developed was also recognised by the International Telecommunications Union and was in the top five in the union’s Green ICT Application Challenge.

It has been used in Mozambique, Lesotho and Kenya. Masinde has more than 16 years of experience in research and is currently a senior lecturer and head of ICT at the Central University of Technology in the Free State.

Science and Technology Minister Naledi Pandor opened the event. She described the awards as exceptional because they allowed young women to dream of a life in science. There were far too many girls who were led to assume that their dreams were irrelevant.

“The Women in Science Awards is always a special event,” she said. “It is a celebration of the achievements of women in science and a reminder that we will not realise the full scientific potential of our country until all our young scientists are able to enjoy access to the best facilities and education.”

She recalled the events of 60 years ago, when women across the racial line marched to the Union Buildings protesting against pass laws. Since then, women had taken large and small steps to advancement.

South African women, the minister said, had achieved a level of gender equality that had only been accomplished in other countries after many decades of democracy. Yet the evidence of continuing gender inequality in some areas of governance showed more could be done to ensure that women felt practically safe and respected as equal citizens.

Phumzile Mlambo-Ngcuka, the executive director of UN Women and the former deputy president of South Africa, delivered the keynote address. She said the awards helped to create a platform for mentorship, which was really needed in South
Africa.

“Mentorship should create an opportunity for sponsorship so that when we mentor, we mentor someone with the intention to sponsor them so that we shatter the glass ceiling, because perpetual mentoring can be frustrating. There has to be a trajectory that mentoring leads us to.”

She called on scientists to work with local and international partners to use science to end poverty and hunger, to improve health and education, to ensure gender equality, water, sanitation, energy and economic growth, and to protect peace, among others, in line with the Sustainable Development Goals of the UN. 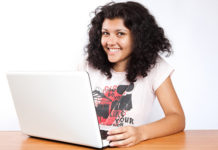