Home of Hope is a shelter that assists orphaned and vulnerable young women. The Home of Hope is an autonomous, self started and inclusive shelter for the rehabilitation of girls that operates at a grass roots level.

Exploited and abused girls from all religious or cultural backgrounds are accepted and made part of a secondary family.

The streets of the Hillbrow, Berea areas of Johannesburg are home to many thousands of prostitutes, street children and abandoned teenage mothers. The children themselves come from desperately poor circumstances, broken homes or are downright destitute.

Most arrive from the rural areas and/or neighbouring countries of South Africa. They are promised jobs or schooling in the big city. But once they arrive and the agents are paid, they are abandoned and left at the mercy of gangsters who hold them captive. They are told they have to “work” to pay off the money. Their ID documents are taken from them to make escape more difficult.

In 2000, Khanyisile Motsa, affectionately known as Mam’ Khanyi found out just what desperate circumstances these children were in when she took 5 girls, who had escaped from one of the brothels, into her care.

Word of the refuge spread and soon, more girls escaped into Mam’ Khanyi’s care. As Mam’ Khanyi’s personal funds ran out, she formed a committee and became the founder and co-ordinator of the Berea Hillbrow Home of Hope: a shelter for street children and an outreach point for those to whom Mam’ Khanyi has become a familiar figure and refuge in the area.

Home of Hope provides shelter and creates an opportunity for sustained physical, educational and holistic wellbeing for exploited girls in Hillbrow, Berea and solace for all children in the surrounding community. They currently have seven rehabilitation programmes in operation. 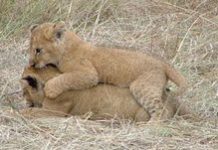 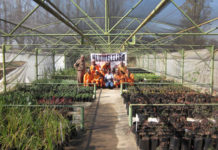 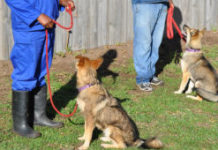 Petcare in the Western Cape 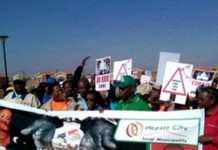 Asilweni: Cleaning up the streets