Nel and his grade 10 learners relaxing with hotdogs at one of their homes, after doing a clean-up project at school as part of the Life Orientation curriculum last year. (Photo Supplied)

As Youth Month draws to a close, South Africa still keeps a firm eye on education, whether it’s improving it or exploring the essence of being a teacher.

In his essay, The Art and Science of Teaching, Dennis L Weisman writes that there is both an art and a science dimension to effective teaching.

“The science dimension is concerned with a comprehensive knowledge of the subject matter, including its historical foundations and research on the frontiers of the discipline. The art dimension, which is likely to be the more elusive of the two, is the ability to convey complex material in terms that are readily understandable to willing and sometimes unwilling students,” writes Weisman.

Cobus Nel, a 53-year-old educator from Western Cape, believes teaching is about passion to improve students’ lives and their ability to think independently.

His thinking agrees with Weisman’s writing: “My final observation is that professors devote too much time teaching a given body of material and too little time developing their students’ ability to think. Ideally, what we teach our students should serve as a floor on which they stand to reach greater heights rather than as a ceiling that limits what they are able to achieve.”

A FATHER WITH A PASSION FOR TEACHING

Nel, from a family of 12 children and a father of two himself, set out on a journey to be a teacher because he ached to be fully qualified in the profession.

“At 13 years old I moved to Cape Town with my family. After I finished matric I decided to go work as the family needed money,” he recalls.

His first job was in the ticket office of the South African Transport Services (now known as Metrorail). He then moved to PX Africa (now known as Transnet Freight Rail in Bellville). “It was after four years on the job that my position became redundant and I was offered a package to leave,” says Nel.

Following this retrenchment, his working life took him into in various sectors – including being an entrepreneur and office administrator at a school. Encouraged by family and friends to pursue his passion, he decided to enrol for a full time teaching degree at Cape Peninsula University of Technology.

It was here that he started tutoring pupils in his spare time, while he was also a student in the Education Faculty. The passion was there, but he lacked the qualifications – but he was about to get them.

Nel and his family knew that if he was going to go back to study full time to fulfil his dream, it would mean adjustments within the household. “I’m glad I have a very supportive family that I could count on to handle other household issues so I could pursue my dream,” he says.

Nel tutored Grade 12s in accounting, business studies and public law. At the university, where he studied, he tutored the same subjects as well as work-study and design, computer studies and financial management.

“I teach accounting, computer studies and business studies. I’m also a mentor and social worker and I deal with teacher and student relations.”

It is easier dealing with adults in terms of discipline, he admits, because they know what they want while younger students are still searching for meaning in life and can be undisciplined.

Speaking about discipline, he knows that there is no one size fits all approach: “I tend to look at the student in question, their background and that will ultimately guide me as to how to discipline them while also not alienating them.”

Nel is a man living his dream of teaching, which in turn ensures that many South Africans will be educated. And he does it because he loves it.

“I believe if you have a dream you need to make a plan as to how to achieve it and make it happen,” he concludes. 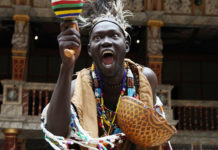 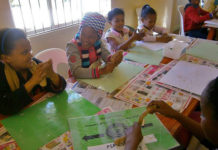 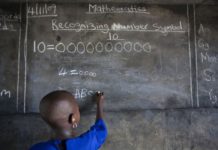