Athandiwe Sikade’s entry was an animated retelling of uMboleki, a humorous children’s story with a deeper message about how to behave appropriately in society. (Image: Nal’ibali)

Athandiwe Sikade of Khayelitsha in Cape Town, who is only seven, is the winner of the competition. Itis a nationwide talent search to get people of all ages excited about reading and telling stories.

The competition invited members of the public to send in audio or video clips of themselves reading or telling their favourite stories.

“We collected more than 2 000 submissions from across the country,” said Jade Jacobsohn, the managing director of the Nali’bali reading-for-enjoyment campaign.”Stories came in from all age groups and in all languages.

“They ranged from those that made us laugh, to those that made us cry, but best of all, they showed us that a spirit of storytelling – oral, written and in many languages is alive and well, which we can use to inspire children to want to read and write.”

Athandiwe is joined by two runners-up: 12-year-old Atang Makgata, who was selected for her original story, A Dream About the Enchanted Forest, and Kerrin Kokot and Jayne Batzofin who entered their bilingual story, The Lonely Frog, in English and Sign Language.

The finalists each receive cash prizes, Ackermans vouchers as well as a home library with books courtesy of Exclusive Books, Bargain Books, Cambridge University Press, Jacana Media and the Save Our Seas Foundation.

Jacobsohn added that while they were delighted to have discovered so many promising storytellers, Story Bosso was ultimately about helping to root a culture of reading in South Africa.

“Sharing stories builds children’s knowledge, concepts, language ability and imagination. So, growing the storytelling and reading habit at home, is a perfect way to help children become motivated and curious learners with greater capacity to succeed at school,” said Jacobsohn.

A STORY ON BEHAVING APPROPRIATELY

According to Nal’ibali, competing against 14 other finalists for the title of South Africa’s first Story Bosso, Athandiwe was chosen for her spirited storytelling style and skill relative to her young age.

Her entry was an animated retelling of uMboleki, a humorous children’s story with a deeper message about how to behave appropriately in society.

Athandiwe received a surprise visit from renowned local author and Story Bosso celebrity judge, Sindiwe Magona, who treated her and her class to a special storytelling of her own.

Athandiwe is from Chumisa Primary in Khayelitsha, where Nal’ibali hosted one of 30 Story Bosso pop-up auditions to source stories directly from the campaign’s network of reading clubs and communities across the country.

Along with its partners, Times Media, National Book Week, Jozi Book Fair, Soweto Theatre, Vodacom Teacher Centres, Mad About Art and Africa Unite, auditions were held which served as an opportunity for Nal’ibali to provide caregivers and children across the country with books and literacy materials in their home languages.

Over 13 000 books and 26 500 story cards in a range of South African languages were distributed over the duration of the competition. 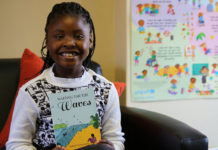 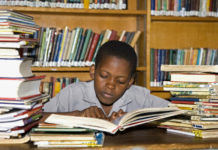 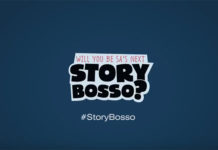 Are you South Africa’s next Story Bosso?