MyPlanet Ambassador and conservationist Braam Malherbe shares his views on conservation and the importance of  ensuring the longevity of endangered species such as rhinos.

Following the alarms set off by the steady decline in the world’s rhino population, the World Wide Fund for Nature (WWF), in 2010, declared 22 September International Rhino Day to raise awareness around the plight of rhinos and mobilise the world against illegal rhino poaching.

As International Rhino Day comes around again this year the MyPlanet Rhino Fund, established in March 2011 and administered by the Endangered Wildlife Trust, puts fundraising for the cause on centre stage.

“As custodians of the planet, we have to really do something,” says MyPlanet Ambassador and conservationist Braam Malherbe.

“When we make that one small change and start giving back, everything comes together.”

The MyPlanet Rhino Fund has raised R1.318-million in the past year with the support of more than 30 000 MySchool MyVillage MyPlanet cardholders and partner stores around the country.

The MySchoolMyVillageMyPlanet partner stores donate to the fund whenever a programme cardholder swipes their card when shopping.

“Know where your money is going when donating to various rhino causes so that you can be sure it directly benefits rhino conversation!” Malherbe says, offering advice to rhino conservation supporters.

“With the MyPlanet Rhino Fund you can know that funds are administered by a panel of independent parties who are experts in the field.

“There’s total transparency, you can visit the website, look at the blogs and regularly get updates as to where your money has gone.”

The MyPlanet Rhino fund supports a number of environmental organisations, including the Savé Valley Conservancy established in 1991 on more than 3442km2 of previously privately owned livestock farms in Cheredzi, in Zimbabwe.

In 2010 the large-scale wilderness area experienced an increase in poaching even with the anti-poaching scouts stationed throughout the area. This led to the introduction of the Special Species Protection Unit, in part funded through the MyPlanet Rhino Fund.

The fund has also supported training and setting up the Black Mamba All-Woman Anti-Poaching Unit operating in the Balule Nature Reserve in Limpopo. The reserve forms part of the Greater Kruger National Park and covers 400 km2.

The unit was created in response to the nature reserve being targeted by poachers and is made up of 26 young women from the surrounding areas.

The women underwent extensive training for six weeks and operate from five hubs stationed throughout the nature reserve.

Patrolling hot spots and working observation posts spread throughout the park, the unit sets up roadblocks and conducts routine searches of the premises to weed out and deter poachers.

Donations from MyPlanet went towards constructing and upgrading the picket sites, deployment and transportation, equipment and uniforms, and monthly food rations for the unit members. 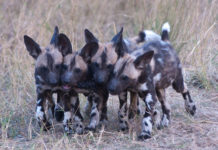 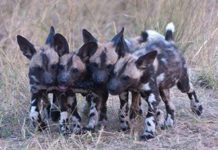 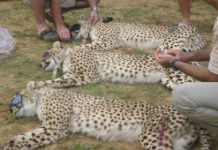 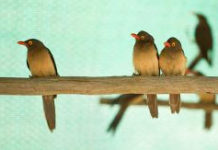 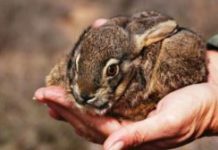