The MTN-Qhubeka cycling team has made history by becoming the first African team to be invited to race in prestigious Tour de France in July. The announcement by the race organizers Amaury Sports Organisation was a dream come true for members of the African team.

Five of the twenty teams that take part in the toughest road cycle race are by invitation. Other teams invited are: the German squad Bora-Argon 18, who raced in 2014 under the Netapp-Endura banner, and the French teams Cofidis, Europcar and Bretagne-Séché Environnement.

MTN-Qhubeka principal, Doug Ryder, admits that he almost fainted when he received the invitation. “When I received a text message from Christian Prudhomme saying welcome to the Tour de France asking me to call him back, I simply could not contain myself, I shouted to my wife and then things started going crazy. I have been waiting my whole life for this news. The pressure over the years of getting partners and riders to believe in this dream is finally a reality.

“We have so many people to thank that have been a part of this journey and I know our riders and staff will be the most motivated team in the world right now ahead of our 2nd training camp starting this weekend. We will not only ride in the Tour, we will compete and we will have the support of the whole continent behind us.”

MTN-Qhubeka is supported by MTN, the telecoms company, Samsung and Qhubeka, a volunteer organisation. Qhubeka means progress and aims to help rural communities by giving bicycles to children in return for work done to improve the environment or community.

After a seven year wait, the MTN-Qhubeka team is eyeing stage wins and a jersey at the race. Ryder said: “It’s been years of hard work and getting people to believe in this project and to believe in the potential of African cycling.

“African sport has always been good, especially endurance running, and our theory was always if we can get more kids on bicycles in Africa, can you imagine how we can transform cycling because of the endurance running talent that has just been so successful over the last 30 years. For us to go to the Tour de France as the first African-registered team, that door will literally never close now.”

While it is a historic moment for World and African cycling, for the MTN-Qhubeka team receiving a wild card invitation to le Tour is a dream come true for the entire MTN-Qhubeka p/b Samsung team,

“This will be the first time an African registered team will take part in this, the biggest cycling race in the world. We are extremely proud to be able to represent South Africa and Africa on one of the biggest stages in world sport,” it said in a statement on their website.

The riders will tackle 21 stages, covering 3 344km in total before the 2015 Le Tour finishes on the famous Champs Elysees on 26 July. The ASO also announced the 20 teams that will take part in the Critérium du Dauphiné and MTN-Qhubeka p/b Samsung are delighted to have been included in this event as well. The Critérium du Dauphiné is a World Tour event starting on the 7th of June which will be vital in their Tour de France preparation.

Brian Smith, general Manager of MTN-Qhubeka, revealed to the BBC that the Nelson Mandela Foundation was keen for the team to mark Mandela Day. “They have made it clear they would like to see an African team in the Tour de France, and maybe wearing a special jersey of 67 for Mandela Day.

“I feel extremely proud to be part of a bit of African cycling history. It’s been a lot of hard work from many people and today has been very emotional. This is a new chapter for MTN-Qhubeka p/b Samsung and we hope there will be many more chapters to come. This team is about making a difference and we are looking forward going to the Tour and making sure we make all our partners and supporters happy.” 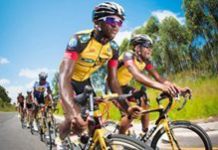 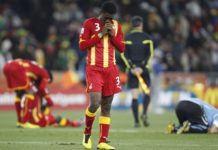 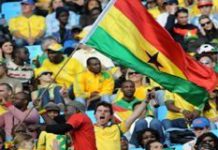 Storytelling and Literacy Promotion in partnership with the University of Johannesburg...

Storytelling and Literacy Promotion in partnership with the University of Johannesburg and the Public...