The expo gives students a chance to learn about the many different stages of film and television production, like how green screens allow editors almost limitlessly manipulate an actor and his or her suroundings. (Image: M-Net)

There is much about the broadcasting industry that has the potential to pique the interest of the youth, whether it be a fascination with the stars they watch every day on their television screens, a curiosity about the industry’s inner workings, or how the images get to their screens in the first place.

In an attempt to ignite this potential and expose schoolchildren to the possibilities of a career in the industry, television network M-Net will extend its Magic in Motion (MiM) career expo from Johannesburg to Durban and Cape Town. The expo began at Johannesburg’s Sci-Bono Discovery Centre in Newtown on 11 August, and ends today. It then moves to Durban, where it will be hosted at the KZN Science Centre from 18 to 21 August; finally it will be at the Cape Town Science Centre from 25 to 28 August.

“Our new partnership with M-Net is an exciting achievement for Sci-Bono, and we are thrilled to work with Africa’s leading television broadcaster,” said David Kramer, the chief executive officer of the discovery centre.

The expo gives students a chance to learn about the many different stages of film and television production, and how a programme or film makes it from concept to finished product. Pupils interested in pursuing a career in the industry can understand how and where they feel they belong in the bigger picture.

“The MiM Career Expo provides an eye-opening view of the many roles that exist within the film and television industry,” explained M-Net chief executive officer Yolisa Phahle.

Phahle pointed out that the film industries in Nigeria and the United States made significant contributions to their respective economies. “Our industry has the potential to do the same, yet many do not realise the opportunities that exist.

“M-Net is passionate about developing local talent and we are looking forward to meeting the next generation of South African filmmakers. Additionally we have seen how entrepreneurial this business is and [we] are committed to providing opportunities that will allow new production companies to enter the industry as this is how jobs are created.”

Essentially, growing interest in the industry of film and television production may lead to the industry itself growing. In turn, this will create more jobs for the youth, who struggle to find employment. It will also help to strengthen South Africa’s economy.

M-Net’s human resources director, Fhulufhelo Badugela, said the expo facilitators expected to see about 7 200 students, more than twice the number that came through the door in 2014 because this year the expo was visiting three of the country’s major cities.

“We are also very pleased that our 12 Magic in Motion Academy interns, who are halfway through their 12-month programme, will also be functioning as technical support at the MiM Career Expo, putting into practice some what they have learnt so far,” said Badugela.

Explaining the function of Sci-Bono, Kramer said the aim was to increase the youth’s awareness of the options they had in the fields of science and technology once they completed school. “As a major player in the broadcasting industry and an esteemed content provider, M-Net is in the best position to give young people a broad view of the television industry,” he added.

To lend a hand in bringing the expo to life, actors Zakhele Stanley Mabasa-Mokone and Enest Thabani Gumede, perhaps better known as Skhaleni and Ntandane from M-Net’s Mzansi Magic show Isibaya, are taking part in the Johannesburg leg of the expo. The colleagues are offering interested students a chance to work alongside them in a mock shoot, in which the pupils play the role of extras.

This adds a practical element to their experience and helps to build a further understanding of the processes involved in production and the art of post-production.

For more information on the MiM Career Expo, visit M-Net Magic in Motion or find it on Facebook and Twitter. 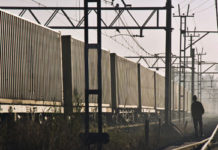 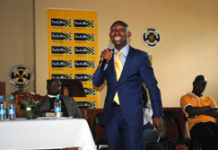 Transnet, BrandSA and the Methodist Church play their part for career development

Education in the spotlight