Cupcakes for Hope has also contributed to other charities, including: Cansa, Reach for a Dream, The Sunflower Fund, CHOC, Little Fighters Cancer Trust and Hospice. (Image: Wikipedia)

The effects of cancer are being fought one cupcake at a time, to raise awareness and funds for families affected by the disease who are in need of medical assistance.

“In 2009, we had our first fundraiser at our restaurant, Rio Sol Portuguese Restaurant, in Vereeniging. The first year we raised R5 000, the following year R50 000 and so it grew and grew. In 2011, Cupcakes 4 Kids with Cancer set a new world record for the most cupcakes on display – 21 000. Through this achievement we were able to raise R200 000 for kids with cancer.”

In September 2014, Cupcakes for Hope hosted the third National Cupcake Day 4 Kids with Cancer at 55 malls – and raised R1.2-million.

“Thank you to all our sponsors and amazing Cupcake Angels, who baked all the stunning cupcakes for the event,” Cipriano said. “All your hard work has made a difference in the lives of so many cancer patients already. I can’t wait to see what God has got planned for us in the future.”

In 2012, Cupcakes for Hope auctioned a very special cupcake for R14 000 at the Mark Scott Golf Day at the invitation of Zelda la Grange, who was the personal assistant to Nelson Mandela. Mark Scott is the son of popular TV personality Darren Scott, who was diagnosed with cancer of the kidney.

“It is truly amazing how a beautiful cupcake is bound to bring a smile to your face. This has to be South Africa’s most expensive cupcake,” Cipriano said about that sale.

Cupcakes for Hope has also contributed to other charities, including: Cansa, Reach for a Dream, The Sunflower Fund, CHOC, Little Fighters Cancer Trust and Hospice.

In late November, Mugg & Bean, which has been a Cupcakes for Hope sponsor since 2012, held its Wall of Generosity campaign. Since the start of its sponsorship, the coffee themed restaurant franchise has raised over half-a-million rand for the charity.

During its latest event, members of the public were invited to Sandton City, in Johannesburg, and share in acknowledging the meaning of the Wall of Generosity. On the day, Mugg & Bean gave away cupcakes from the wall and each person who received a cupcake was asked to write the name of their cancer hero on their hand and to take a picture holding up their hand with the cupcake.

This act signified support for those who were suffering or had suffered from cancer, as well as supported the drive for awareness of early detection in children and how this could save lives.

According to Mugg & Bean, the Wall of Generosity was a way for it to give back; it was also a way for it as a brand to lend its support to a cause in which the company truly believed. “Ultimately, it is a way for us to raise awareness for the plight of so many adults and children suffering from cancer,” the company said.

If you would like to support the cause and help to create awareness at your company or your child’s school, register now to host your own Party of Hope.

Cupcakes for Kids has set the following dates for the Parties of Hope in 2016:

When you register for a Party of Hope, the organisation sends you: leaflets containing information on early cancer warning signs and badges to wear on the day, as well as cupcake baking cups and balloons bearing the Cupcakes for Hop logo.

Companies can use this event as a team building project and challenge their different departments to a bake off. Some companies host Cupcake and Tea parties for their staff. There is no right or wrong way of hosting your event; whatever works in your environment will be perfect.

“Remember, this is not so much about fundraising but about educating others about the cancer early warning signs,” Cipriano said, “so the only requirement is that either an email or leaflet gets sent out to all the parents or co-workers.

“We also now have the early warning signs in 11 different languages available for download.” 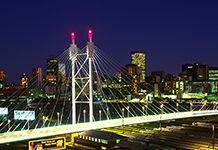 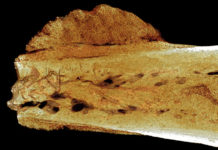