The above infographic disproves some of the myths people believe about breast cancer and the threats it poses. (Image: Brand South Africa)

Breast cancer awareness month is under way this month in South Africa and the rest of the world, when organisations, corporations and the public help to spread awareness and information about the disease.

According to the 2009 National Cancer Registry, one in 33 South African women will suffer from breast cancer at some point during their lives.

“The designation of October as Breast Cancer Awareness Month in South Africa reflects a nationwide drive by public and private health care structures to raise awareness of this debilitating disease across all races and class structures,” the Department of Health said in announcing the event.

With health care forming an integral part of South Africa’s National Development Plan (NDP) it is important that South Africans are informed about how to ensure their wellbeing as well as of those for whom they are responsible.

Raising awareness of breast cancer and arming people with a working knowledge of the disease ties in with meeting the NDP’s health care pillar.

“The only way we are going to address women’s sexual and reproductive health, including cervical and breast cancer, HIV and Aids and TB, is to ensure that policies, programmes and services are integrated,” said Thobeka Madiba-Zuma, South Africa’s first lady.

Madiba-Zuma was speaking in New York City on 27 and 28 September, where she used her attendance at the 70th session of the United Nation General Assembly to promote women’s health awareness. “It is my responsibility to the people of South Africa to ensure that women’s sexual and reproductive health is kept high on the national and global agenda.”

Many people believe that they have no risk of breast cancer for a number of reasons, such as the idea that if there is no known history of the disease in their family, they will not get it. Although having a history of breast cancer in your family does increase your chances of developing the disease, however, the absence of cancer in your family does not mean you are not at risk.

Many people are under the impression that breast cancer is only a threat to women; contrary to popular belief, men can contract the disease as well, although they are less likely to do so than women. One in 1 249 men worldwide will get breast cancer during their lifetimes.

This is because men have far less breast tissue than women and thus run less of a risk of developing cancerous cells in their breast – but that does not mean it cannot happen.

Regular examination, done yourself or by a professional, as well as mammograms can go a long way to avoiding the complications inherent in late discovery of breast cancer. (Image: ICON)

Throughout October, organisations such as Cansa and the Pink Drive are raising awareness of the disease. They are encouraging people to care for their health as well as support those who have the illness.

Best health practices are promoted during breast cancer awareness month, and people are encouraged to undergo regular routine checks to identify the development of cancerous cells early on and take measures to reduce risk.

“Early diagnosis gives the cancer patient a higher chance of complete cure and less extensive surgery,” explains Dr Sheldon Godinho, the president of the Radiological Society of South Africa. “Early detection is a critically important factor in winning the battle against breast cancer.”

Regular examination, done yourself or by a professional, as well as mammograms can go a long way to avoiding the complications inherent in late discovery of breast cancer.

As International Breast Cancer Month continues through October, people of all ages and genders should take the time to support those suffering from breast cancer and ensure their own health and wellness. 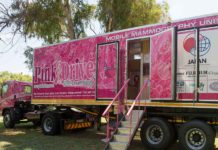 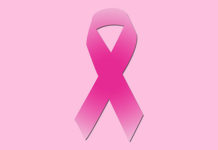 Infographic: How much do you know about breast cancer? 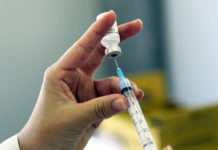 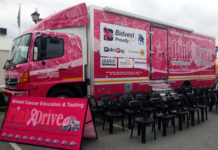 Bridgestone keeps PinkDrive on the road with R1m donation 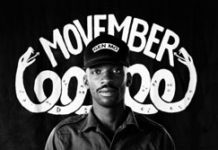