A massive fund raising campaign staged by celebrity actors in the UK to raise money for South African children has inspired local thespians to put together a star-studded event of their own.

The local version being staged by the Market Theatre’s artistic director James Ngcobo working with Mfundi Vundla as Executive Producer, Mfundi who has a long standing relationship with Dramatic Need.

This moving production in aid of Dramatic Need will play for one night only on Friday 20 May, 2016.

The Children’s Monologues brings alive the true stories of more than 200 children in rural South Africa as they try to come to terms with moments that changed their lives forever.

For many of these kids that means searching for answers in the aftermath of rape, death, and injustice.

For others it is about trying to hold on to a memory that still inspires happiness. The Market Theatre has selected 15 of these moving soliloquies.

The stories have been adapted for the stage by a Who’s Who of writers, including Napo Masheane, Elliot Moleba, James Graham, Neil La Bute, Laura Wade, Jack Thorne, Roy Williams OBE and Tanika Gupta MBE and Sir David Hare – from first-hand accounts of children supported by the charity.

The fundraising evening will host corporates, high profile individuals, providing a powerful platform for corporates to partner with us.

• Brand association: at the event, online, and in print

• Visibility in all printed materials and digital platforms

• The opportunity to be established with a cutting-edge arts event and a forward-thinking, international charity.

Dramatic Need introduces vulnerable children in rural South Africa and Rwanda to the creative arts as a means to cope with trauma and hardship.

It works to develop visual literacy and freedom of expression without recourse to violence. The organisation believes that creativity, not money, has the best chance of changing a generation of children’s attitudes to themselves and to each other.

Through engagement in drama, visual arts, filmmaking and music, these children are empowered to confront complex issues with confidence and to resolve – rather than engage in conflict. Its classes are running at full capacity, with demand far outstripping what it is able to supply.

ABOUT THE CHILDREN’S MONOLOGUES

The original Monologues played to a sold-out theatre and were covered by every major news outlet in the UK.

The production highlighted to an international audience the challenges these children face and the power of creative storytelling to change attitudes and prejudice within developing communities.

It was a unique event, in terms of offering both glamour and integrity.

The original event was staged at London’s The Old Vic and was put together by Danny Boyle, a founding trustee of Dramatic Need. Its stars included Sir Nen Kingsley and Eddie Redmayne. The second airing in 2015 was a sell-out performance at The Royal Court Theatre.

Tickets cost R200 each with all the proceeds going towards Dramatic Need, which runs an arts and culture centre in a farm in the very poor community of Viljoenskroon, Free State.

Ngcobo is also asking companies or individuals to come forward with sponsorship to make it a huge success and raise enough money to make sure more children have a story with a happy ending.

The fundraising evening will give corporates and high profile individuals a powerful platform and the opportunity to be associated with a cutting-edge arts event and a forward-thinking, international charity.

For bookings and donations call: 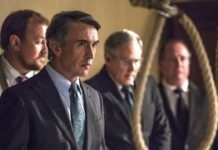 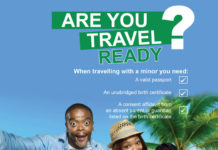